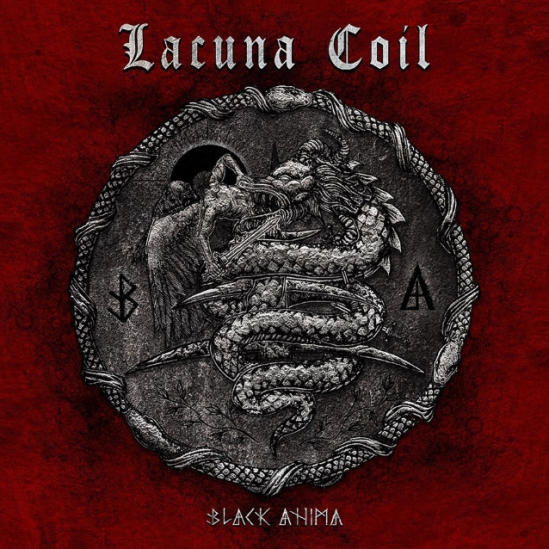 The recent years haven’t been easy for Italian rockers Lacuna Coil. After almost the whole band decided to leave in 2014 and 2016 with mainly the two vocalists Cristina Scabbia and Andrea Ferro and bassist Marco Coti-Zelati left from the original line up, their 2016 album ‘Delirium’ was kind of a reboot into a new and uncertain future. Now, three years later and an amazing win of Metal Hammer Golden Gods Award as best live act in 2018, the band is back. Stable and in full strength. The title of the ninth album couldn’t have been picked better. On the first song of the album (,,Anima Nera’’), we finally hear Cristina sing in Italian again. First time in years to open a dark journey through the entire album. ,,Anima Nera”, or the black soul, is the coat that embraces the vibe of the new songs. ‘Black Anima’ is probably the heaviest and most sinister album within the whole career of the band. It is also the most diverse album from a song writing perspective and it delivers hope and light within darkness with Cristina’s beautiful voice. The combination between Andrea and Cristina was never better than on ‘Black Anima’. As dark the soul might be, the future is bright, the reboot a couple years ago was most probably the band’s all time low, but after every low, there is uprising. Respect to Lacuna Coil for coming back so extremely strong.