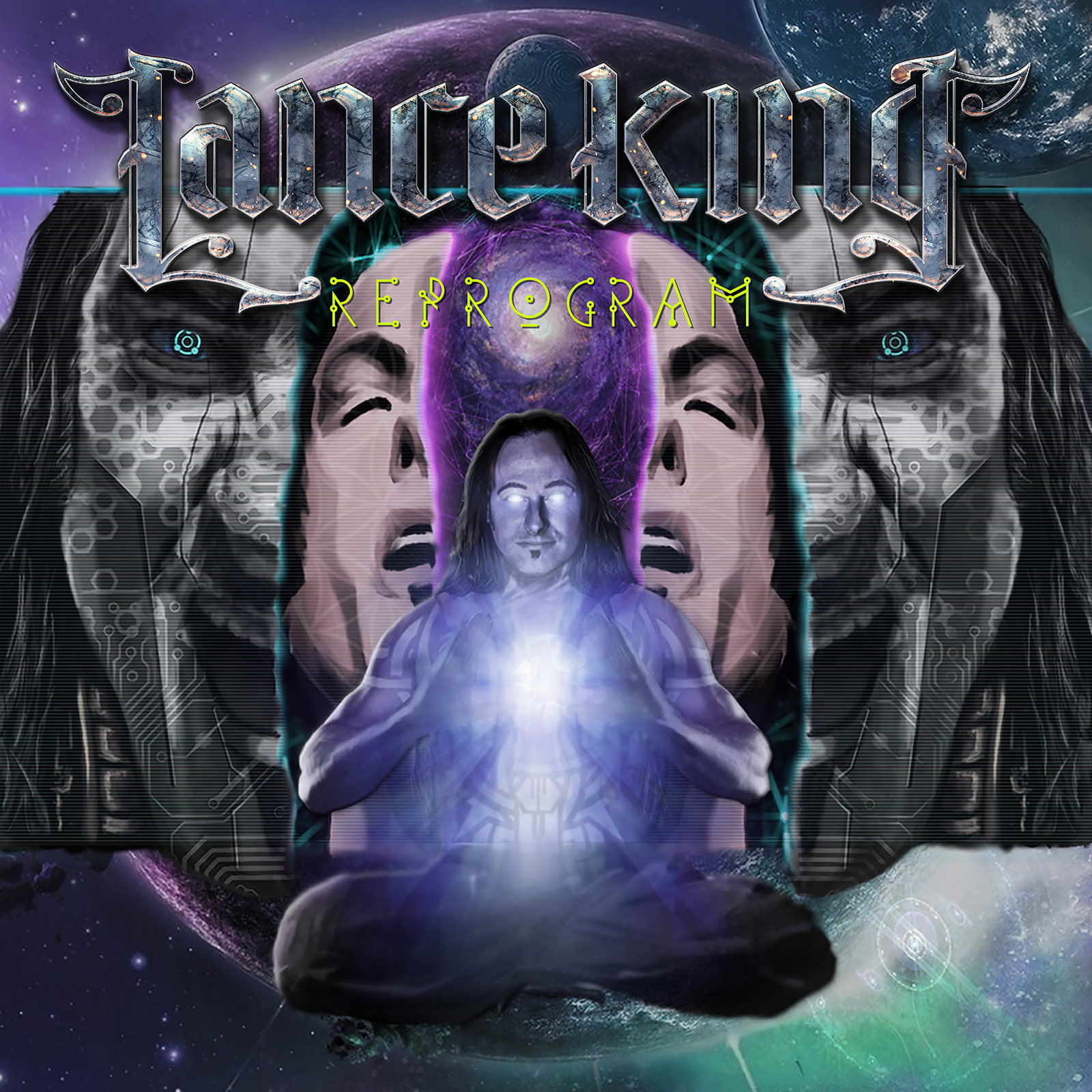 Lance King, an all American metal/rock singer, is probably best known due to his vocal performances in Gemini [1986-1993], The King’s Machine [1993-2000], Balance Of Power [1997-2003], Avian, Ilium and Pyramaze [2003-2007]. In 2011 he actually started a solo career and now King released ‘ReProgram’, an excellent new solo album filled with 11 prog power/metal songs in the veins of notorious bands like Symphony X and Pagan’s Mind. The opening track, which is also the title track, is a true and honest prog metal song featuring outstanding vocal parts – this guy can sing – and “catchy” guitar parts. ,,Limitless” is the second real highlight featuring huge guitar metal hooks and more than excellent “rough” vocals. If you like double bass drums and heavy guitars then you might fancy ,,Chaotica”, while ,,Perfect World” is more dramatic as it opens with a nice piano passage. However, King saves the best for last as ,,A Mind At War’’ is the absolute killer track of the album. King comes up with a true prog metal epic, almost clocking at 10 minutes. ,,A Mind At War” has it all, prog metal at its best, meaning diversity, great singing, excellent guitar stuff and amazing bass guitar playing; play it loud and experience this monster epic over and over again, till you are addicted. Lance King has come up with a strong album, try it and I think that you might actually like it!!