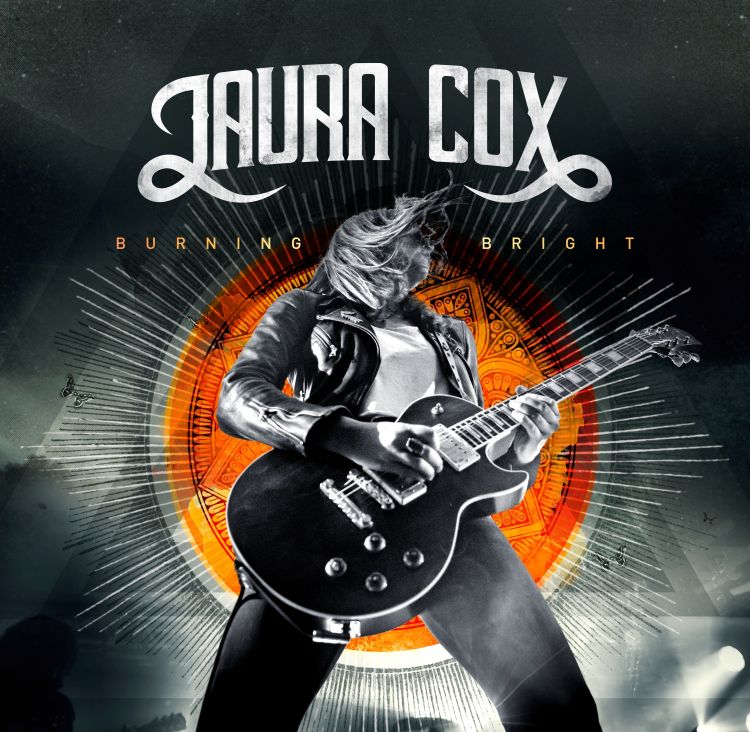 Laura Cox is a young singer/guitarist who is busy carving out a name for herself in the rock and roll and blues rock business. She is half French and half English but her three band members are all French. We do not get that many new female guitarists/singers putting their noses against the window these days so listening to the ten songs that Laura and her band have put together on their second album (the debut ‘Hard Blues Shot’ is about two years old) sound very promising and are relatively easy on the ear. Laura describes her music as ‘southern hard blues’ and that is a description that suits the ten songs on ‘Burning Bright’ down to the ground. The music is loud enough, has some laid back moments, sounds sophisticated yet ballsy and her guitar playing is quite classy as well. This band knows how to rock and with her voice that reminds me every now and then of Melissa Etheridge she can or sound aggressive or a bit more accessible and down to earth. Obviously this chick is still in the developing stage but has already compositions that are mature and at moments quite captivating. ,,Just Another Game’’  and ,,Letters To The Other Side’’ showcase a more softer side of her while ,,Freaking Out Loud’’ and ,,Bad Luck Blues’’ focus more on the rocking blues style that she owns like no body’s business. Although not all of the album is spectacular all the time ‘Burning Bright’ is a very solid and very satisfying blues and rock record by an artist who has all the right ingredients in stock and is still developing herself. Somebody to keep a keen eye on!