LEAVES’ EYES-Sign Of The Dragonhead 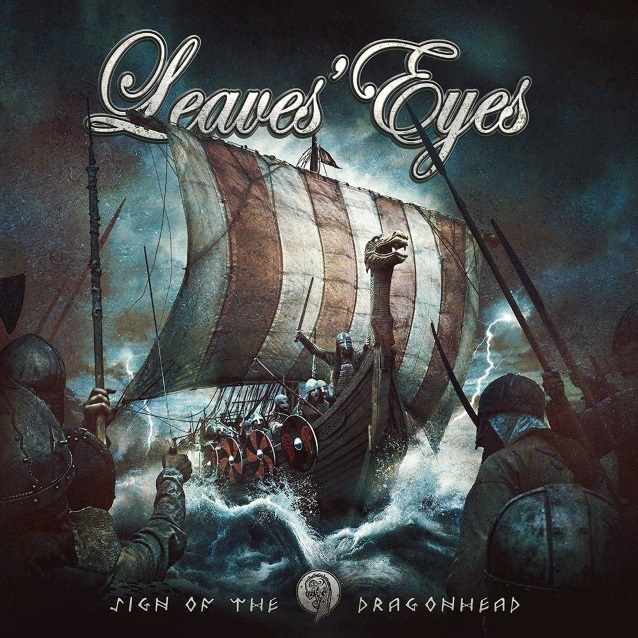 LEAVES’ EYES-Sign Of The Dragonhead

It came a bit as a surprise that Leaves’ Eyes and singer Liv Kristine had parted company after six albums. The band stated that it was a mutual decision but later Liv made it known that she was more or less asked to leave and possible legal action could be taken. Anyway, things must go on so Leaves’ Eyes got Finnish singer Eilina Siirala on board to replace Liv and on ‘Sign Of The Dragonhead’, the new CD of the band, the lady in questions very clearly and with determination has put her stamp on the music of the group. Lyrically as well as musically there are no real surprises here. Leaves’ Eyes produces a bold combination between symphonic, heavy, Celtic and gothic rock while the topics and lyrics are based on the Nordic mythology. In that aspect you can say it is business as usual. Siirala’s angelic voice fits well in with the music and as usual singer/producer/composer Alexander Krull comes in with his dark and heavy growls providing a nice contrast that is further accentuated by the bombastic rhythm section and heavy rhythm guitars. This record does sound BIG in all categories. Krull has left no stone unturned to make sure that this records sounds as good as it can be, as he must have realised that fans are eagerly anticipating the next move of the band after the departure of co-founder Liv Kristine. Well, nobody needs to worry, miss Siirala looks and sounds good, the character of the band has stayed intact and this record that is available in different packages with lots of bonus material (you might have to check with your CD shop or on line seller for the different versions) gives every other release in the genre a run for its money. And more important, ‘Sign Of The Dragonhead’ will take away the concern that might have been bothering the fan base with ease as it has hardly any weak moments and for sure will give you a much needed spur of energy.