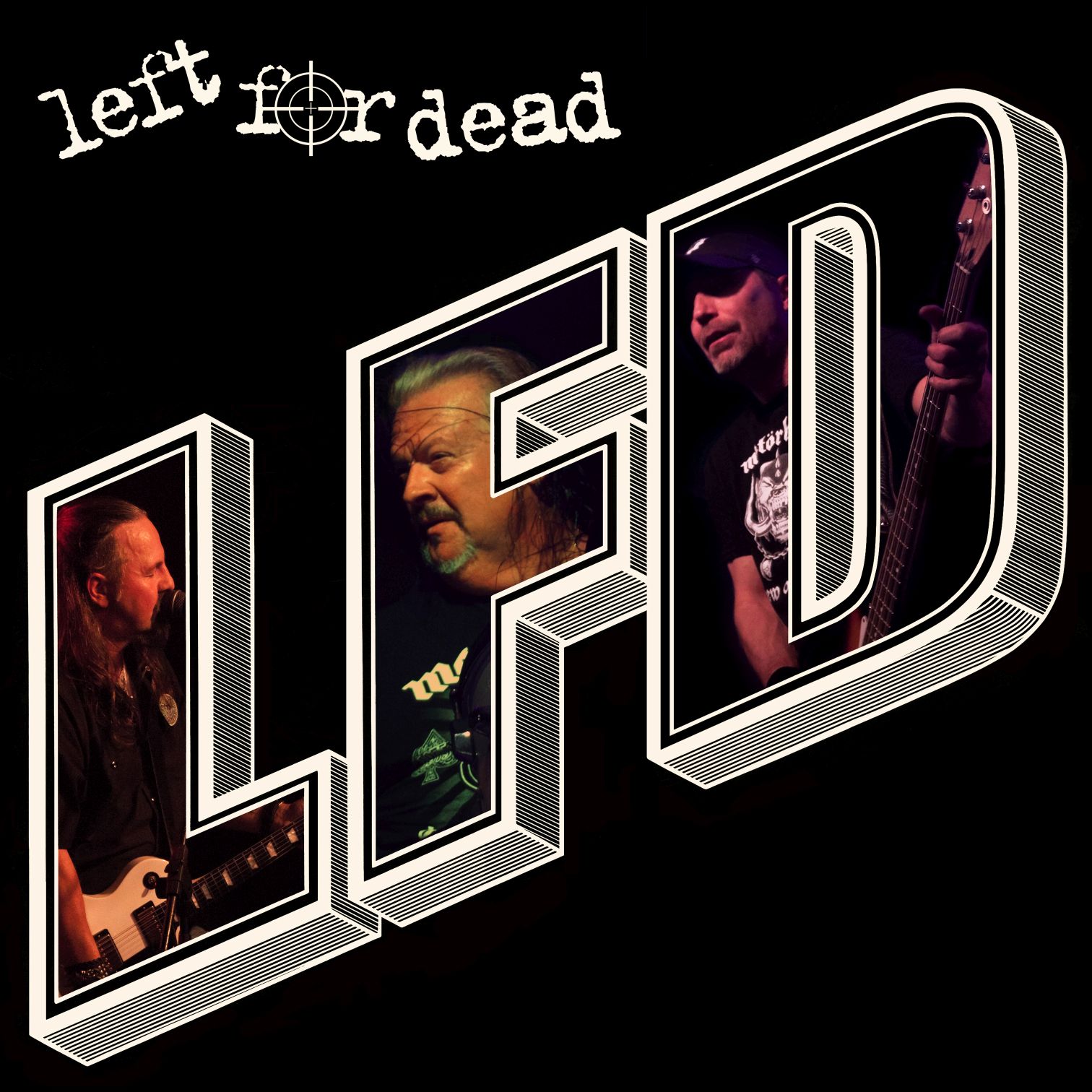 There are several bands in the music scene that operate under the banner Left For Dead. This version is from the good old motor city of Detroit, Michigan, the town that became famous for their car industry (Ford), their basketball team Detroit Pistons and the motor city madman himself Ted Nugent. Drummer/singer Mark Cicchini and guitarist/singer Mike Lipski are old school mates that had a band together before going their own way until they decided to get back together again, adding bass player Keith Jones to the mix. These boys are veterans in the Detroit scene and have already released a handful of albums but to say that they made the big time status would be exaggerating to the max. Still, they are trying again with their sixth album simply called ‘LFD’. Originality is not something these guys find very important. First of all the cover looks very similar of an old Foghat release but that is not really something to get worried about. The music this power trio brings leaves no stone unturned though originality is hardly there. This trio just wants to rock hard and loud, bringing massive riffs and solos and making sure they sound as raw as can be. No gimmicks with the production, no fancy lyrics, no difficult arrangements, it is just no nonsense rock and roll/metal/rock like in the days that The Rods had their best days. The problem with this kind of approach is that it becomes one dimensional very quickly as it is ten songs long gung ho and no letting up. Furthermore the singing is on the mediocre side. But somehow I don’t think that these guys really care, they love it loud, fast and uncomplicated and that is exactly what is going on with the music on ‘LFD’. Sometimes a bit punky, sometimes some AC/DC, a bit of Lemmy Kilmister and riffs galore that whiplash you if you are open for that kind of thing. There are several remarks to make (and I made them) but at the end of the day it is what it is: bone hard and crushing rock and metal with no false pretences!