LIAR-Set The World On Fire 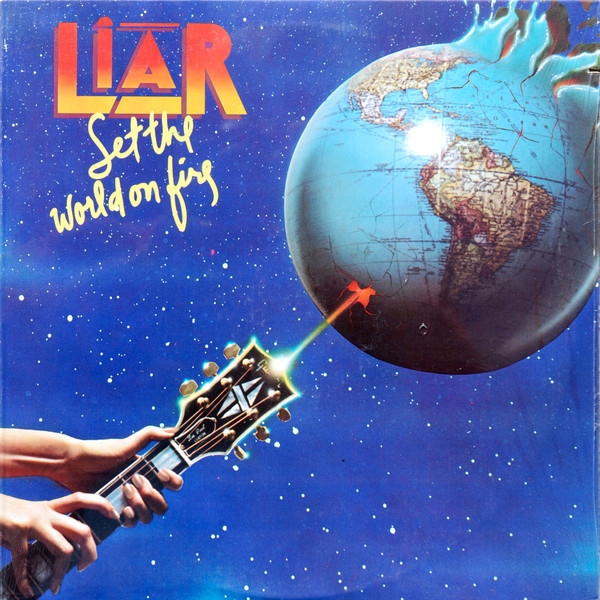 LIAR-Set The World On Fire

Several months ago this web magazine published a review of the Liar CD ‘Sunset Plaza Drive’, an album that this UK based band recorded in the United States but through all kinds of ‘politics’ between record company and management never saw the light of day until some 40 years later.

Escape Music owner Khalil Turk was always a fan of the group and managed to get the rights of that particular album to release for the first time. It even featured a new recording of the band that by that time already had lost their drummer Clive Brooks who passed away in 2017. Liar had already recorded two albums of which the 1977 release ‘Set The World On Fire’ was seen as their best one. Khalil Turk also obtained the rights of that album.

Steve Mann (the guitarist of Liar and now active with Lionheart and Michael Schenker) yet again took the old recordings to his studio and ‘freshed’ them up without touching the integrity of the music. While the record was in production sadly guitarist Paul Travis passed away. He was eagerly awaiting the release of this album but died in October 2020. Listening to the album it becomes clear why ‘Set The World On Fire’ was considered to be the best album in the Liar discography. It is not extremely heavy but the music is a smooth mix between heavy rock and AOR while even some light pop moments can be heard. Vocalist Dave Burton reminds me sometime of the one and only Robin MacAuley with his tone and colour sound. Without a doubt the most prolific songs are closer ,,Who Cares’’ that with a  length of 7.29 minutes has all the qualities of this band on show as does for me the best song on the CD ,,Town Of Evil People’’, tracks that have really stood the test of time.

I believe only 1000 copies have been manufactured by the record company as this is obviously not a major release. But what it absolutely is, is a piece of British rock history by a band that (as so many others I guess) was hindered by mediocre management and stupid politics of their record company. A release for the happy few perhaps but without a doubt justified.