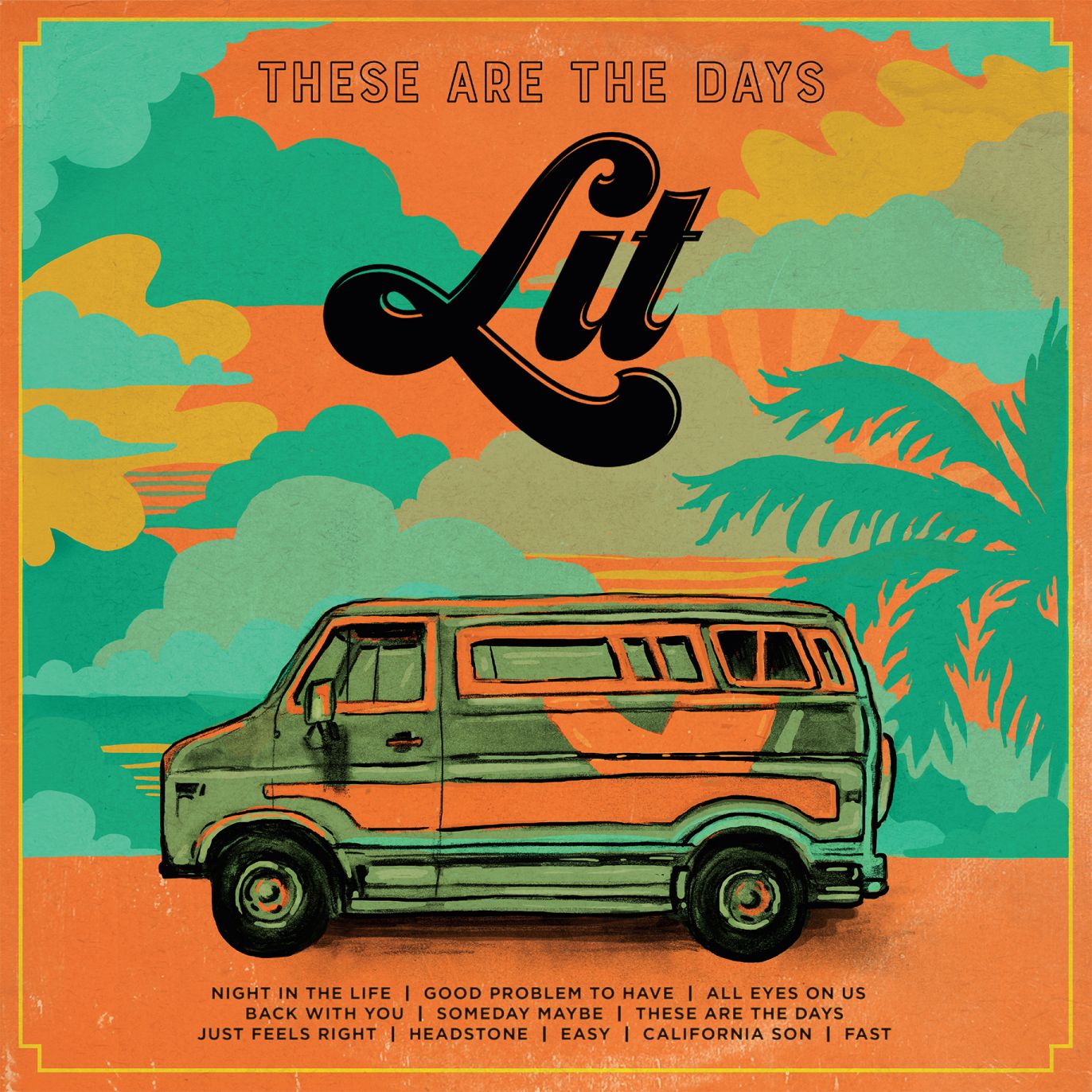 Remember Pamela Anderson? Of course you do. Also remember that tiny little band that felt so “Miserable“ rocking out on Pamela Anderson‘s body in 2000 and got eaten alive by the Baywatch bombshell? No, I’m not talking about Tommy Lee, I’m talking about the Californian band Lit. Well, the commercial golden years are long over, but nevertheless, the band is still here. It is a miracle that they are even around, going through one of the biggest tragedies a human being can go through. Original drummer Allen Shellenberger lost his fight against an evil brain tumor and passed away in 2009. Recovered from this shock the band got back together and released ‘The View From The Bottom’ in 2012 and also celebrated the 15th anniversary of their masterpiece ‘A Place In The Sun’ in 2014 playing the full album live. Now in 2018, Lit are back once more! Fans will be surprised for sure. You can still hear the band‘s trademarks and A. Jay Popoffs well known vocals but…they changed their musical style completely. Much respect for that, because their version of country music is absolutely amazing. It will for sure gain shitloads of radio airplay in America with this kind of music for sure. And I hope for the boys they will be able to regain the success as well. For now the album can only be bought digitally on PledgeMusic but the boys are working on an official release. So go to PledgeMusic, buy the digital album and support Lit right now.