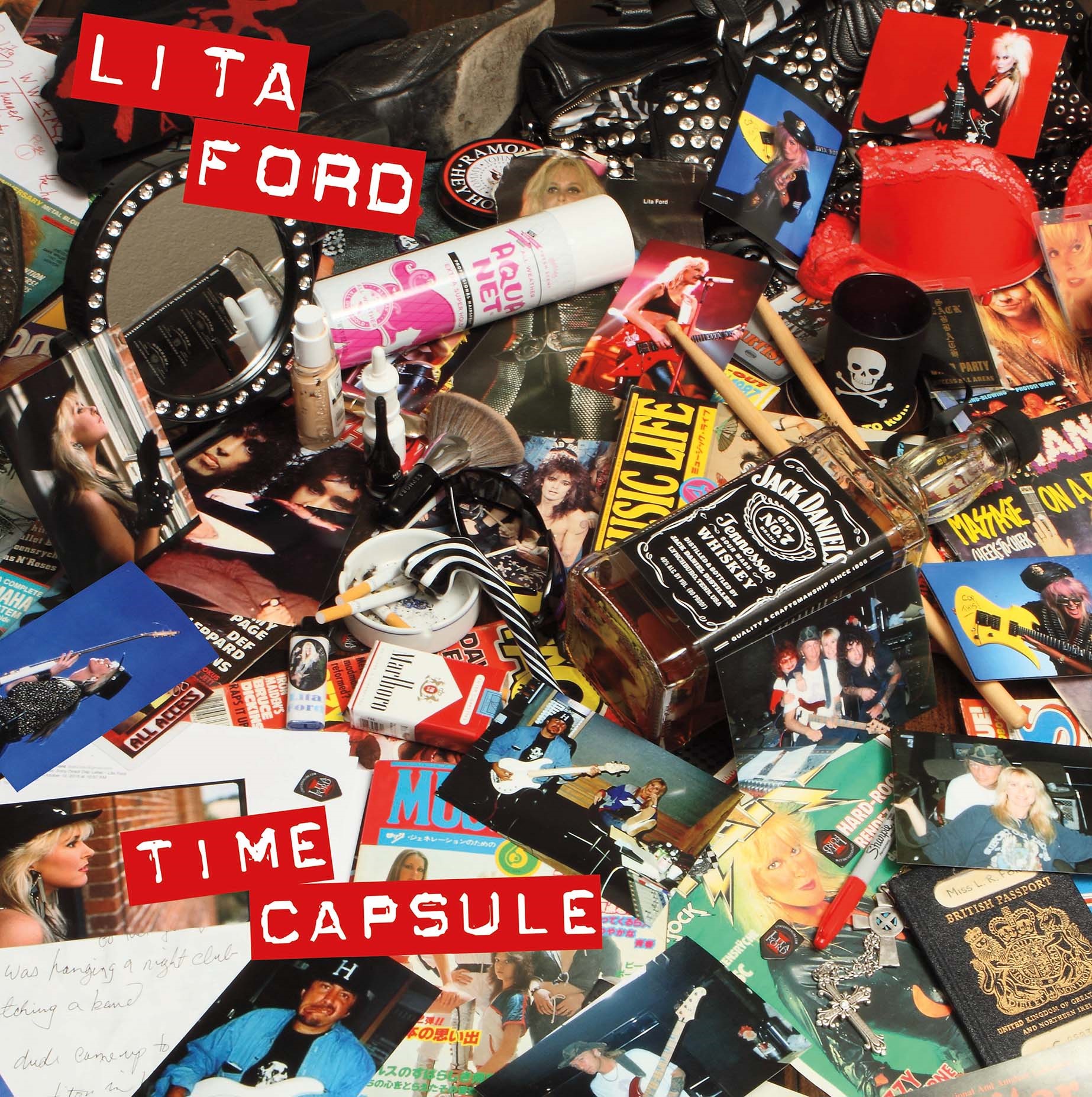 Lita Ford was one of the first rock chicks and she is still around. Being a member of the renowned all-girl band The Runaways as a teenager in the second half of the seventies she had her big successes in the eighties as a solo artist. After ‘Black’ in 1995 it stayed quiet until she returned in 2009 with the painfully bad album ‘Wicked Wonderland’ (no thanks to her former husband Jim Gillette who ruined the album). In 2012 she took revenge with the great ‘Living Like A Runaway’ on which she wrote down all the experiences of the years before. Now she has her life back on track again and while releasing an autobiography, she also took a dive in her musical archives and found ‘Time Capsule’. Eleven songs, most of them recorded 30 (!) years ago but still sounding fresh and relevant. ,,Where Will I Find I Find My Heart Tonight’’ a duet with Jeff Scott Soto and another ballad ,,War Of The Angels’’ (with Billy Sheehan on bass) can also be found on the 1995 album ‘Black’, but now you are able to hear the versions as they were meant to be. There were more famous friends involved like Dave Navarro on mandolin (!) and Cheap Trick’s Robin Zander and Rick Nielsen on backing vocals on ,,Killing Kind’’. ,,Black Leather Heart’’ is a heavy rocker, again with Sheehan on bass, while ,,Anything For The Thrill’’ is an uptempo rock ‘n’ roll song. Gene Simmons co-wrote ,,Rotten To The Core’’ and lends a hand on bass, so is Bruce Kulick on guitar. Ford shows her musicianship on two instrumental songs being the bluesy Jimi Hendrix song ,,Little Wing’’ and ,,On The Fast Track’’. Nice move to go through her archives and now it is up to the listener to open the ‘Time Capsule’ and take a listen. You won’t be disappointed and it makes the wait for new material bearable.