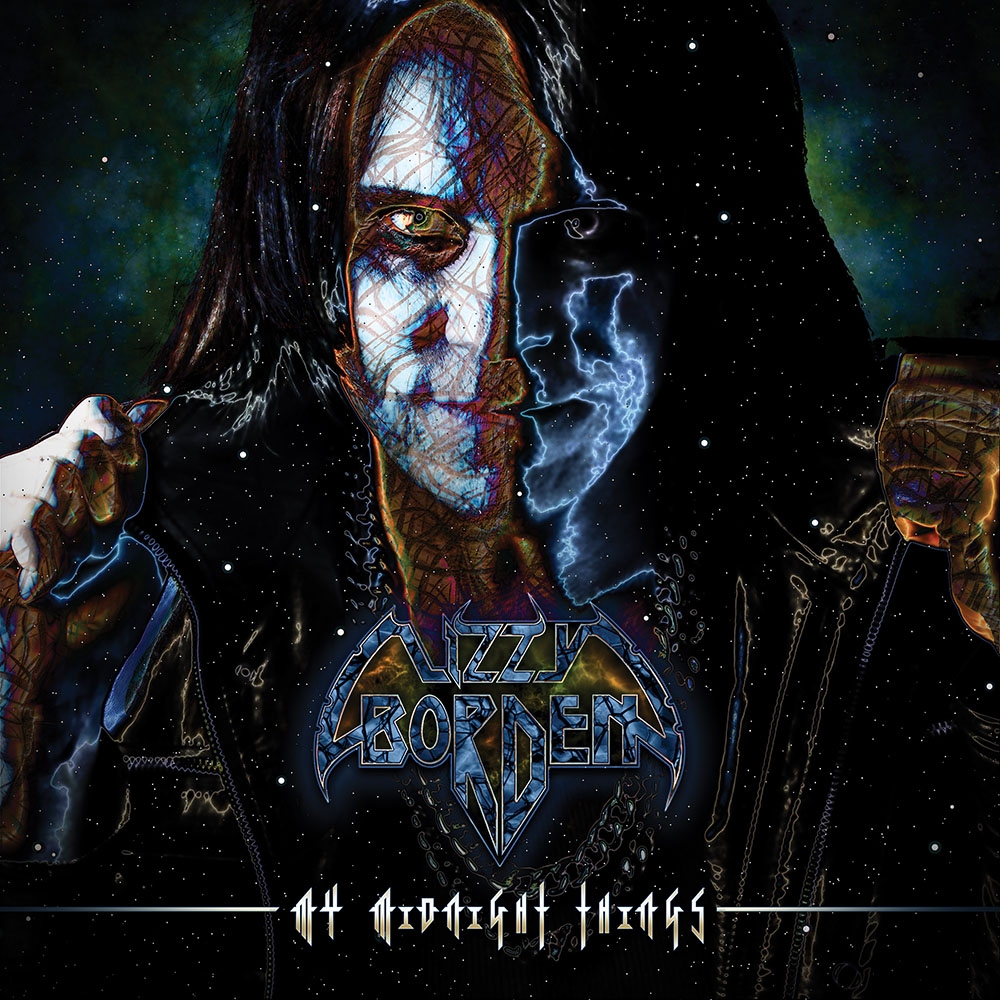 Lizzy Borden, the band, is around since 1983. Early warning for you: If you think this is still the band that made the classic ‘Love You To Pieces’ album you’re wrong. Eleven (11!) years we had to wait for this new material from LIZZY BORDEN but in the meantime you could have seen them on stage somewhere. But hey, “they were busy”. The band’s line-up now is still singer Gregory Harges (aka Lizzy) and his brother Joey Scott Harges on drums. The other guys/girls are so-called music mercenaries. This new album ‘My Midnight Things’ was mixed by Greg Fidelman (Metallica, Black Sabbath, Adele, U2) and mastered by Tom Baker (David Bowie, Rob Zombie, Marilyn Manson, Tom Petty). So overall there’s nothing wrong with the sound of it. Then the music. LIZZY BORDEN continues on the chosen path of the glam rock, like they did on albums like ‘Menace To Society’ and ‘Visual Lies’. But now with even more dubbed vocals than ever. Gregoy said about this: ,,The style that I record vocals harkens back to The Beatles and Queen. It’s time consuming and tedious, but the result gives you a more multi-dimensional feel than you would get with a single vocal. When I recorded ‘Master Of Disguise’ (1989), I was clocked in at a seven-octave vocal range between all the backing and lead vocals. It gave the feel of multiple personalities within my voice, and I’ve used that technique on the last four albums.” Well, that’s not a problem to me, cause I am a huge fan of Queen with Freddie Mercury. No, I think there are no songs that stand out on this album. Not one track is sticking in my head after playing it several times. My promo version had 10 tracks on it, but I saw that there are 3 more songs to get on a limited edition, I suppose for the fans. My favorite tracks are ,,A Stranger To Love“ and ,,Our Love Is God“. I think that the result of eleven years waiting for this album (even Rush was faster!) is all in all a little disappointing. Hopefully we don’t have to wait another 11 years for the follow-up. An album for the diehard fans this is!