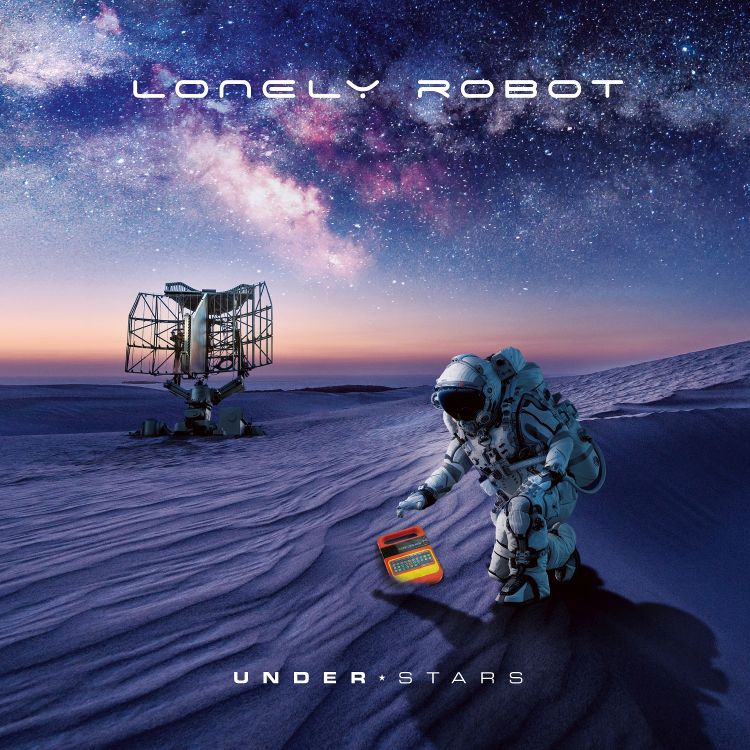 With the release of ‘Under Stars’ multi-instrumentalist/singer/composer John Mitchell (It Bites, Arena, Kino, Frost) ends a journey that he started some four years ago. Lonely Robot was going to be a three album trilogy. ‘Please Come Home’ (2015) and ‘The Big Dream’ (2017) were the first two chapters of the journey and more or less concept albums as is ‘Under Stars’. The ‘concept’ this time is the fact that the youth of today is glued to their mobile phone, their computer and technology and Mitchell worries about the fact that our youth has not got a clue of what is going on around them as they only have their focus on ‘technology’ (,,Authorship Of Our Lives’’ is about that and the solo on that track is in one word magnificent). The way John Mitchell approached the writing, composing and recording this album was different. For about five weeks he locked himself into the studio, setting himself a goal each day and made sure he would reach that goal. He did that with the help of drummer Craig Blundell (who was also present on the first two albums) and bass player Steve Vantsis, who played live with Lonely Robot, so according to Mitchell it made sense to involve him now with the studio proceedings (Vantsis played along on five of the songs). The fact that this album was recorded in a short time has certainly contributed to the fresh sound that ‘Under Stars’ clearly has. It has done the album good. It has more power overall although Lonely Robot is first and foremost a band that combines symphonic and progressive elements. ‘Under Stars’ is the last journey of the key figure on all three albums The Astronaut. John Mitchell has not really made clear if he will continue with Lonely Robot now that the trilogy has been recorded and released. It could be that he puts this band to bed or continue on a new and different journey. As for the music I detect a bit more dynamics but just as its predecessors also ‘Under The Stars’ has that same ambient atmosphere making the album sound like a film soundtrack. If you are familiar with the first two records of this trilogy you will enjoy ‘Under The Stars’. It might not be aimed at metal heads but fans of the progressive and symphonic scene might do themselves a massive favour by checking out all the material that this band has released so far, especially if the other bands in which John Mitchell has participated (as mentioned above) appeal to you.