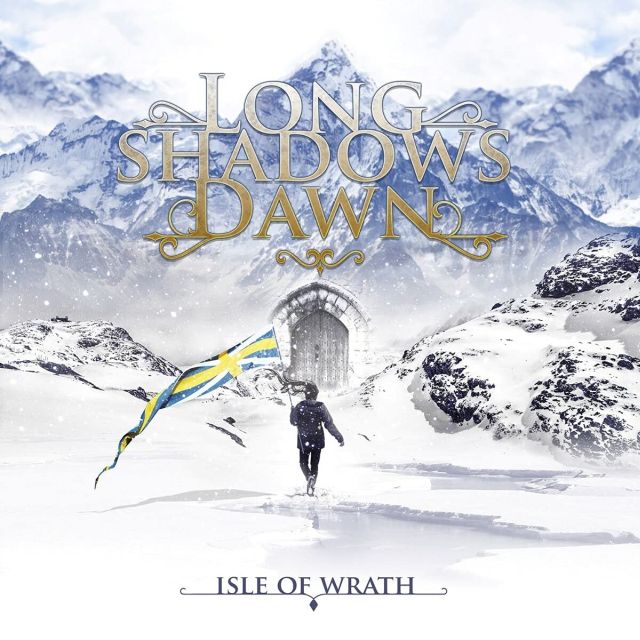 By connecting Scottish vocalist Doogie White with Swedish guitarist Emil Norberg [Persuader] the people behind Frontiers were hoping for an album in the classic Rainbow/Purple style. As we know White worked together with Rainbow’s Ritchie Blackmore for the album ‘Stranger In Us All’ [now more than 25 years ago] while Norberg is a huge fan of the man in black. Two pieces of a puzzle that should fit together and form the whole puzzle.

Doogie White has done a lot of work since his time in Rainbow, singing with Cornerstone, Tank, Yngwie Malmsteen and more recent with Michael Schenker Fest and he also did some work under his own name. Not so long ago Doogie White replaced Graham Bonnet in Alcatrazz, in a rather surprising move as everybody assumed that Alcatrazz was the band of Bonnet. Possibly this year we can hear on record what Doogie White has fabricated with Alcatrazz while Graham Bonnet is working on a new record with the Graham Bonnet Band. Don’t you just love all these twists and turns in rock and roll and metal land?

Anyway, Long Shadows Dawn definitely has a huge Rainbow-vibe going on, that is one thing that becomes very obvious as you dive deeper into the album. But it is not that Norberg is just a cheap copycat, that is not the case. Within the band Persuader Emil Norberg plays a more aggressive form of rock and metal, so I can imagine that working with Doogie and focussing on a different musical vibe must have been challenging for him. And let us be honest and conclude that both musicians have answered the call by creating a classic yet melodic and entertaining album.

White is a superb singer with a recognisable voice (call it ‘his own identity’) and together with Norberg has come up with a pack of strong songs where their musical qualities come to full flow. They are not trying to re-invent the wheel on ‘Isle Of Wrath’ but you can feel the real connection between these two guys. There are rocking tracks like ,,Raging Silence’’ and ,,Master Of Illusion’’ (check out the videoclips for these two songs on YouTube). For me the highlight on the record is the superb semi-acoustic ballad ,,Never Wrote A Love Song’’, which is just a beautiful song of outstanding quality.

At the end of the day it is safe to say that the plan of the record company to create a classic rock album with these two experienced musicians has absolutely worked out perfectly. You will have a few ‘aha’ moments on ‘Isle Of Wrath’ but overall the efforts of Doogie White and Emil Norberg are very enjoyable indeed!!