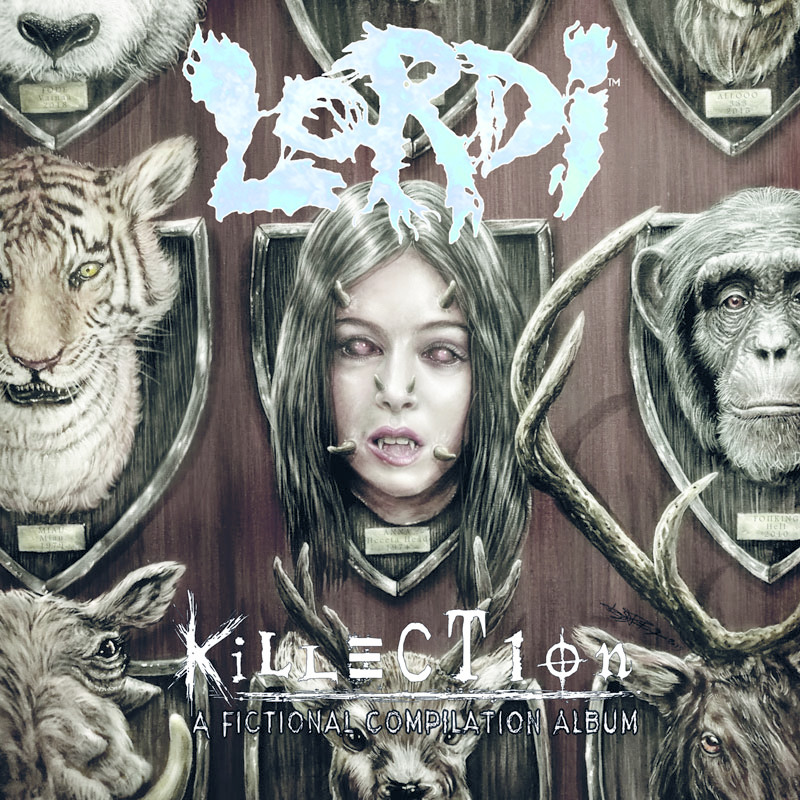 It is already fourteen years ago since the mainstream-music world was shocked and amused at the same time when the horror-rockers of Lordi won the Eurovision Song Contest. Even though, events like that only last for a short time, it was a boost in the career of the Finnish monster men (and woman).
Six albums later (since platinum selling ‘Arockalypse’), Lordi are back with their now tenth album and it is an interesting one. To describe it in the band’s own words it is “considered a ‘fictional compilation’ album and would contain songs you would normally hear in the early 1970s to mid-1990s”. You couldn’t describe it much better. It could also be the soundtrack to an upcoming Rob Zombie horror movie as the master of the genre also like to contain 70s tunes with modern material. Just as an example, the first single ,,Shake The Baby Silent’’ could totally be a new Rob Zombie song (including a short John Carpenter style intro melody) just to find a song called ,,Zombimbo’’ as well that has its roots with ,,I Was Made For Loving You’’ by KISS. The songs are bound together with funny interrupts by Lordi’s own “Radio SCG 10” clips we heard before as intros on the previous albums (SCG3 to 9). ‘Killection’ serves not only the old school Lordi fans but also the hard rock music lovers as it is the perfect celebration of rock classics between the 70s and 90s with all the elements you’d like to hear. Even though Halloween is over already, it’s a great way to start 2020, Monster style.