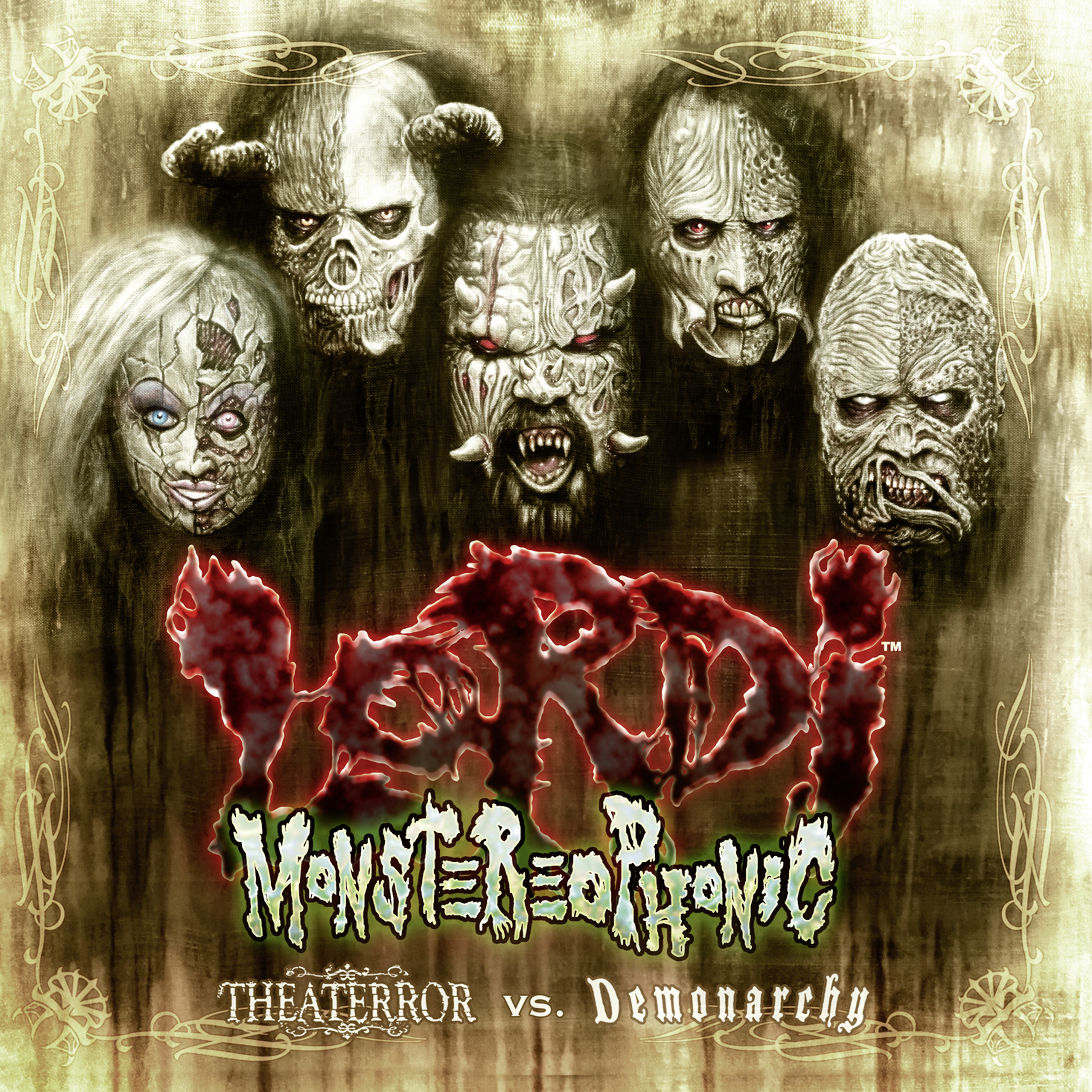 Finnish rockers Lordi never seize to amaze me. Their work ethic is as extravagant as their stage presence and the melodic rock is injected with new elements on every new album. `Monstereophonic’ displays a new side to the typical Lordi sound. The album is divided in two sections referred to as ‘side A’ and ‘side B’. On the A-section subtitled `Theaterror’ we hear the typical Lordi sound with influences from all over the rock spectrum. Impressive riffs in the classical sense are rooted in the classic rock era whilst keyboards bring in influences from gothic to industrial. Classic rockers with a modern and dark twist like the haunting ,,Mary Is Dead’’ which could have easily been on any classic Alice Cooper album: The opening riff is classic and Mr. Lordi’s growls cast a spell over the track which pulls forward in slow taunting slow pace. A Hammond organ spooks up the atmosphere in the best Lordi tradition. When the pace goes up Lordi surprises with some melodic hooks and superb fist throwing rockers. Slick are ,,Sick Flick’’ and the upbeat ,,Let’s Go Slaughter He-Man’’ with its whammy solo,  ,,Hug You Hard Core’’ is more industrial with spitting riffs and marching beat. It all fits perfectly to Lordi’s catalogue.
On thematic  ‘side B’ the band shifts gear with the title track of this chapter entitled ,,Demonarchy’’. Heavy metal with melodic hooks are delivered at stoking pace. It’s the fresh new side of the band that lyrically digs into the classic horror stories for this varied, slightly progressive, section of the album. Vampires, the undead son, She-wolf, zombies and the witch gather in ,,Demonarchy’’ to find their waterloo in the closing ,,The Night The Monsters Died’’.  Six Songs, which are the perfect breeding ground for Mr. Lordi and his terror-team to swing their claws in. Hysterical howls and grotesque screams and growls, damp atmosphere and musical twists add up to the horror displayed. The music is refreshing and progressive with the band opening all registers for the occasion. Amen lays down some exquisite riffs and solos and the rhythm section is dynamic and powerful. ,,The Unholy Gathering’’ and ,,And The Zombie Says’’ are excellent tunes with the band on top of their game. The story climaxes on the epical ,,Break Of Dawn’’ before the final chapter ,,The Night The Monsters Died’’ emerges shifting pace and shape over and over.
Lordi stirs up their typical sound, which is just what it needs. Fans and rockers grew familiar with the extravagant (still stunning) stage act as they grew familiar with the music that was rather repetitive on their last few albums. `Monstereophonic’ is the right album at the right time and worth checking out.