LORDS OF BLACK-Icons Of The New Days 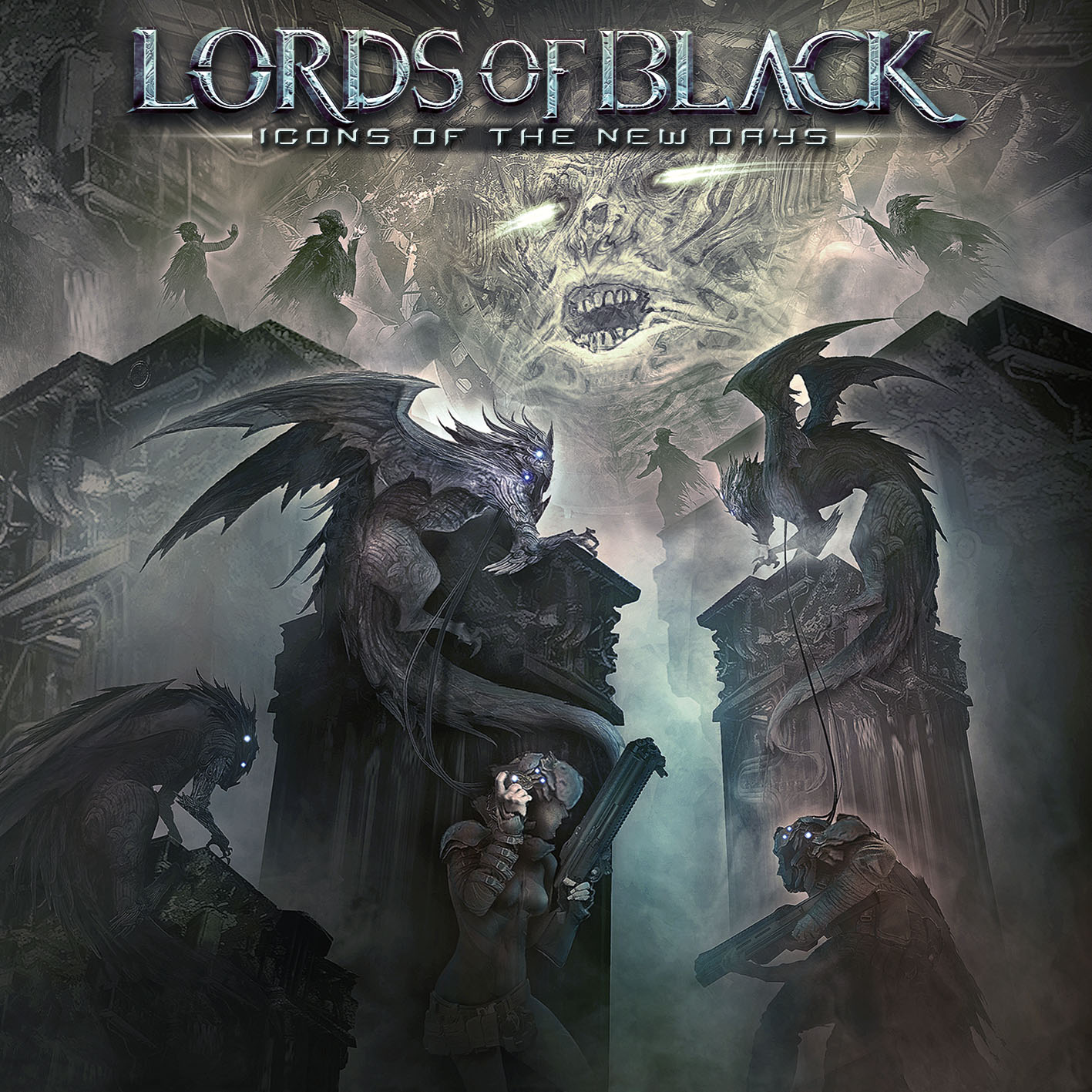 LORDS OF BLACK-Icons Of The New Days

After the release of ‘II’ some two years ago things really started rolling for singer Ronnie Romero. He started singing with Rainbow, recently releasing a live CD/DVD, he teamed up with drummer Mike Terrana and guitarist Magnus Karlsson in the project The Ferrymen and last but not least he sang a bunch of revamped Gotthard songs on the first Coreleoni album. So Ronnie has been noticed as a great singer so the time is there for Lords Of Black, his ‘real band’ to put their noses against the window again. Again produced by guitarist Tony Hernando and Masterplan boss Roland Grapow the now four piece outfit (Dani Criado joined on bass guitar) can hopefully draw some attention on themselves as a unit. On ‘II’ I had some problems with the drums of Andy C who just bashed away and seemed to be ahead of his band mates all the time. On ‘Icons Of The New Days’ the band really sounds united and proper. All instruments are in harmony with each other and still there is enough room for Andy C to give the music that bashing and force it needs. ‘Icons Of The New Days’ is a much more balanced melodic heavy metal CD with spectacular guitar interludes and some superb riffs from Hernando (especially his playing on ,,King’s Reborn’’ is out of this world) and exquisite singing from Romero who again proves to be a top vocalist that can carry an album from start to finish. Especially ,,The Way I’ll Remember’’ is a top song with an acoustic interlude at the end. In comparison with the two other albums it seems to me that the band has chosen for a more melodic approach without losing too much power and force. It does the whole album a lot of good and to be blunt the way Lords Of Black are going on this CD they are approaching the level that the late great Ronnie James Dio gave us on his Dio albums. Is that a good development for Lords Of Black people? Judge for yourself but as far as I am concerned ‘Icons Of The New Days’ beats it two older brothers with ease! One of the best metal albums of 2018 so far! By the way, the Deluxe edition of this record contains six extra songs including covers from Queen, Journey, Anthrax and Bruce Dickinson. So first come first serve….