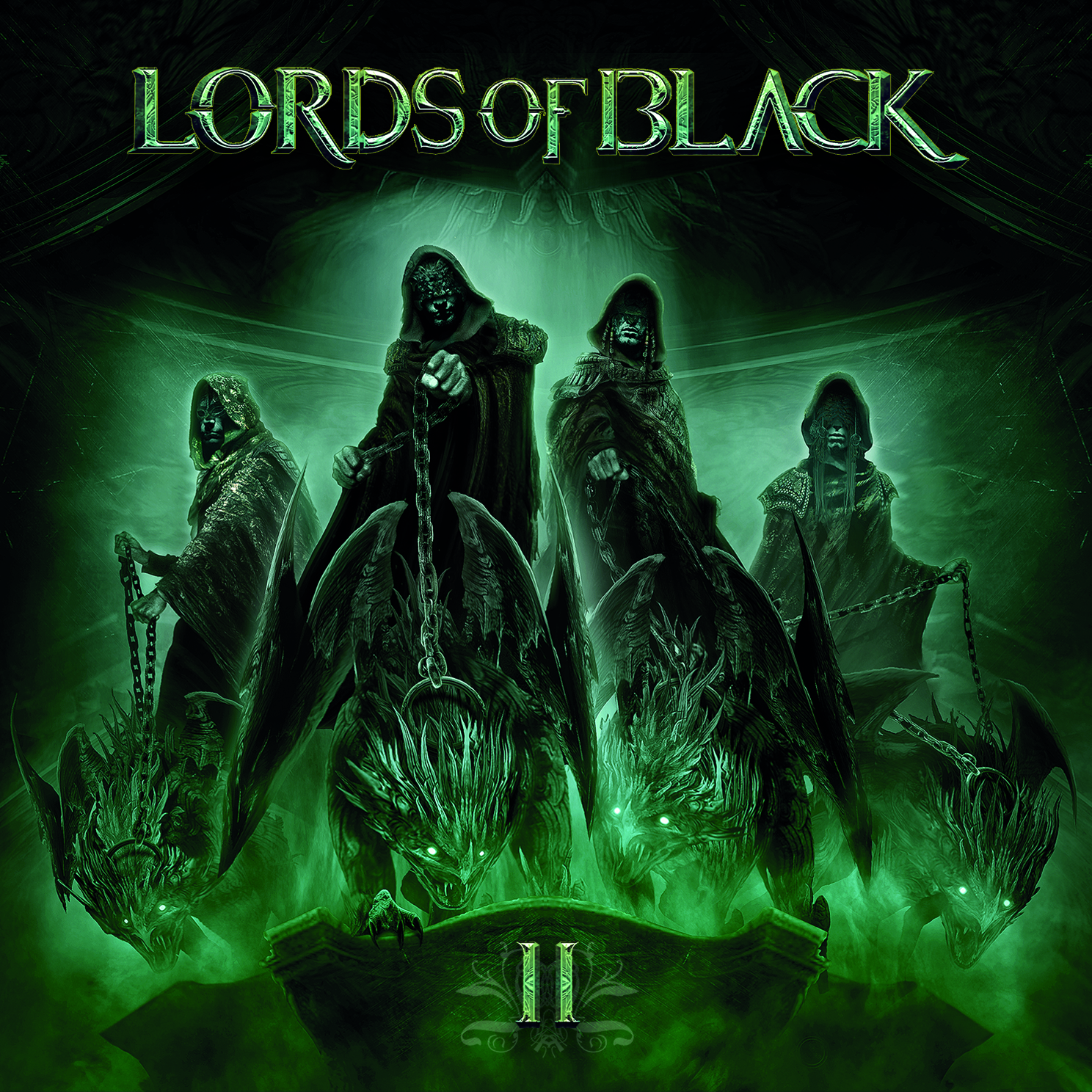 Metal from Spain, that doesn’t happen very often. I remember bands like Baron Rojo and Saratoga, but that is it. Tony Hernando (guitar/keyboards) and drummer Andy C. played together in Saratoga before starting Lords Of Black. Completing the line-up is Chilean born singer Ronnie Romero. The band recorded and released their debut in 2014. A lot of publicity will come their way now the second CD is here. The main reason is not their album, but the fact that Ronnie Romero will be the guy who will be the singer of Rainbow, when they perform in June this year for some concerts in the UK and Germany. Yes, Ritchie Blackmore has found his amp and his Strat again. Hopefully it will be a rewarding adventure that will inspire Ritchie to play some decent music instead of that crap he has been producing for the last fifteen years or so with that ridiculous folk band. But eh, we were talking about Lords Of Black and their second album that has been produced by Hernando together with Masterplan’s Roland Grapow. People that like guitar attacks in the style of Mr. Malmsteen, Jack Starr and Chris Impellitteri will love the chops and solos of Tony Hernando (who has recorded a handful albums of his own). His style pushes the band into the more neo-classical metal approach. Is that a good thing? As long as you have a guy like Romero behind the microphone, then it is a good thing. According to Ritchie Blackmore the main reason for electing him for the Rainbow gigs is the fact that Romero sounds like a cross between Ronnie James Dio and Freddie Mercury. I can certainly hear a lot of Dio in Romero’s powerful vocal chords but Fredddie? Maybe I am becoming deaf….The songs are most of the time driven by the heavy drums of Andy C. He is for sure a butcher behind the kit, but in my opinion he sometimes goes a bit too far with his speed and force. Furthermore he has got a bit of a ‘staccato’ style. Take for instance the track ,,Ghost Of You’’. It starts with a nice flamenco driven acoustic guitar bit, turns into a good hard rock song with inventive arrangements, but Andy keeps pounding and speeding away, ahead of the rest. It sometimes seems like he is not in tune with the rest of the band. If they can work on their drummer settling down a bit, then Lords Of Black can be a force to be reckoned with. Now I hear a good metal album with a great singer and excellent guitarist, but with a few small points for improvement.