LOVE AND WAR-Edge Of The World 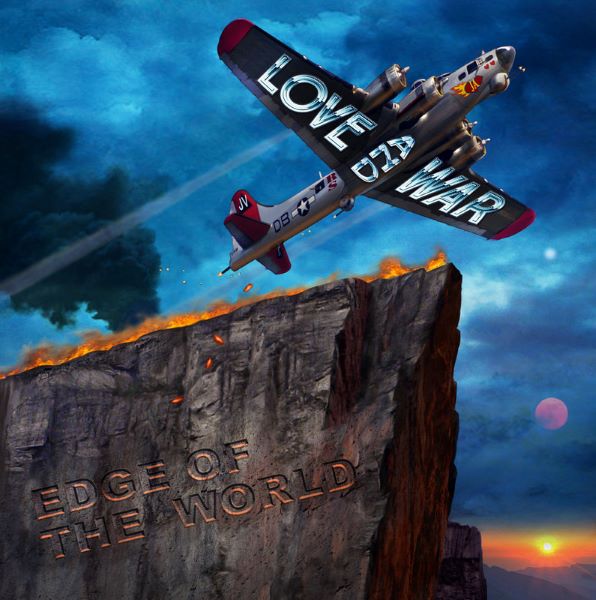 LOVE AND WAR-Edge Of The World

Raised On Rock/Love And War Recordings

Just lately I seem to have developed a renewed taste for classic hard and heavy melodic rock as it was produced by bands like Malice, old Savatage and Sword. Balls to the wall melodic metal, a singer with reach and power, a guitarist that plays killer riffs and wild solos and a rhythm section that is as tight and powerful as can be. I suppose we all have periods that our love for rock music takes us in certain directions before switching on to something different again. I must say that the second album of the Houston, Texas based band Love And War came at the right moment for me. It is not that ‘Edge Of The World’ is changing the rules in metal land but this is an album that just answers a certain craving. If you like it old school heavy yet melodic and you like a singer that goes all out plus a guitarist that has this madman type of playing look no further and get into this one. Vocalist Jeff Vandenberghe and guitarist John Adams have been writing music together for about 20 years without a lot of success. I mean Love And War has done some nice supports throughout the years, but let us be honest, have you heard of them or are you familiar with their 2012 first album ‘Up The Annie’? Most likely not. I doubt if ‘Edge Of The World’ will make them a household name in the rock and metal world but believe me when I say that this CD is too good to be ignored. Energetic heavy rockers dominate ‘Edge Of The World’ and even when Love N War decide to scale it back a notch or two the band surprises with a bluesy feel that dominates ,,Strange Kind Of Medicine’’ or a track like ,,South Side Johnny’’ that sails on a very heavy riff. But Love And War feel best when the strong elements of the band are showcased on the rest of the album when pure melodic classic metal is the way to go. Okay, we might have heard it all before I guess but this album proves once again that good old classic metal and rock is still relevant and very entertaining. Let the power and class of songs like ,,We All Fall Down’’, ,,Start Believing’’ and the title track convince you. They certainly convinced me.