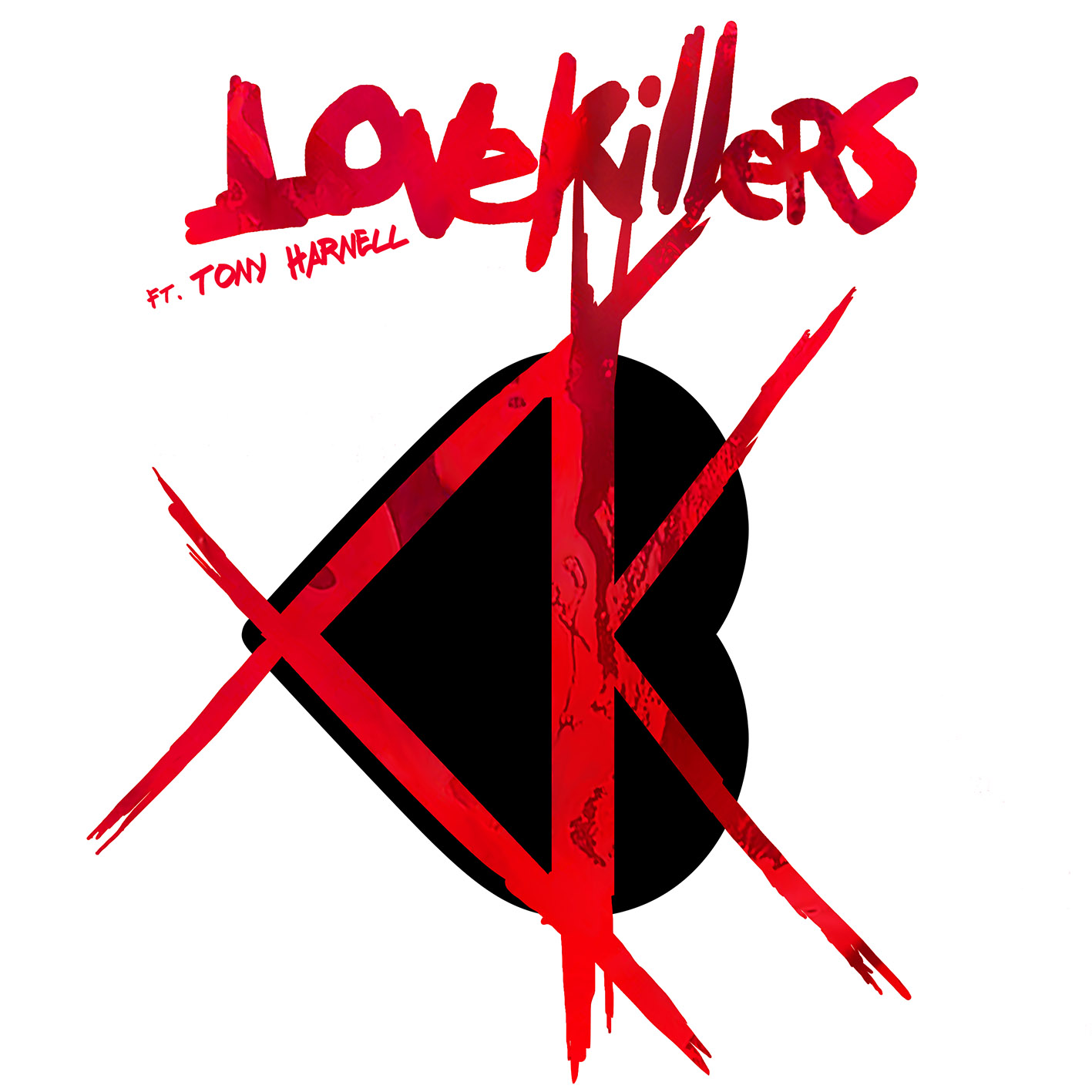 December 5, 2019 by Michel van de Moosdijk - More about our team

Earlier in 2019 former TNT vocalist Tony Harnell made a triumphant return together with Magnus Karlsson with their project Starbreaker, delivering with ‘Dysphoria’ a stunning third album. It seems that the album did quite well so we might expect (schedules permitting) a further continuation between Tony and Magnus resulting in a fourth Starbreaker release. Lovekillers featuring Tony Harnell is a different thing. It is another in Italy fabricated idea where Frontiers star employee Alessandro Del Vecchio and a bunch of Italian musicians are working with a vocalist, in this case Tony Harnell. Songs have been written by various people like Nigel Bailey, Pete Alpenborg, Del Vecchio and Harnell plus a few others with the sole purpose of the label to recreate a certain sound that was popular when TNT had their heyday. Well, it would have been better perhaps if they would have involved TNT boss Ronnie Le Tekro as he knows exactly what type of song fits best with Tony Harnell. It actually does not matter who writes songs for Harnell, as soon as he sings them they become so familiar because of that stellar voice. Harnell still is a top singer and like a certain Geoff Tate he can make a mediocre song sound great. And that is the case on this album. The quality of the songs is at times okay but also sometimes very mediocre and it surely is not as good as the last Starbreaker or even TNT and Westworld (another band that Harnell was involved with). Don’t get me wrong, this is an okay album with superb singing and a good sound but not as good as earlier work from the singer. For fans of the singer (and there are still many there) this CD is not to be missed as he really once again steals the show, but it is also clear that this is project number 199 or something like that from a record company that at times produces quantity instead of pure quality.