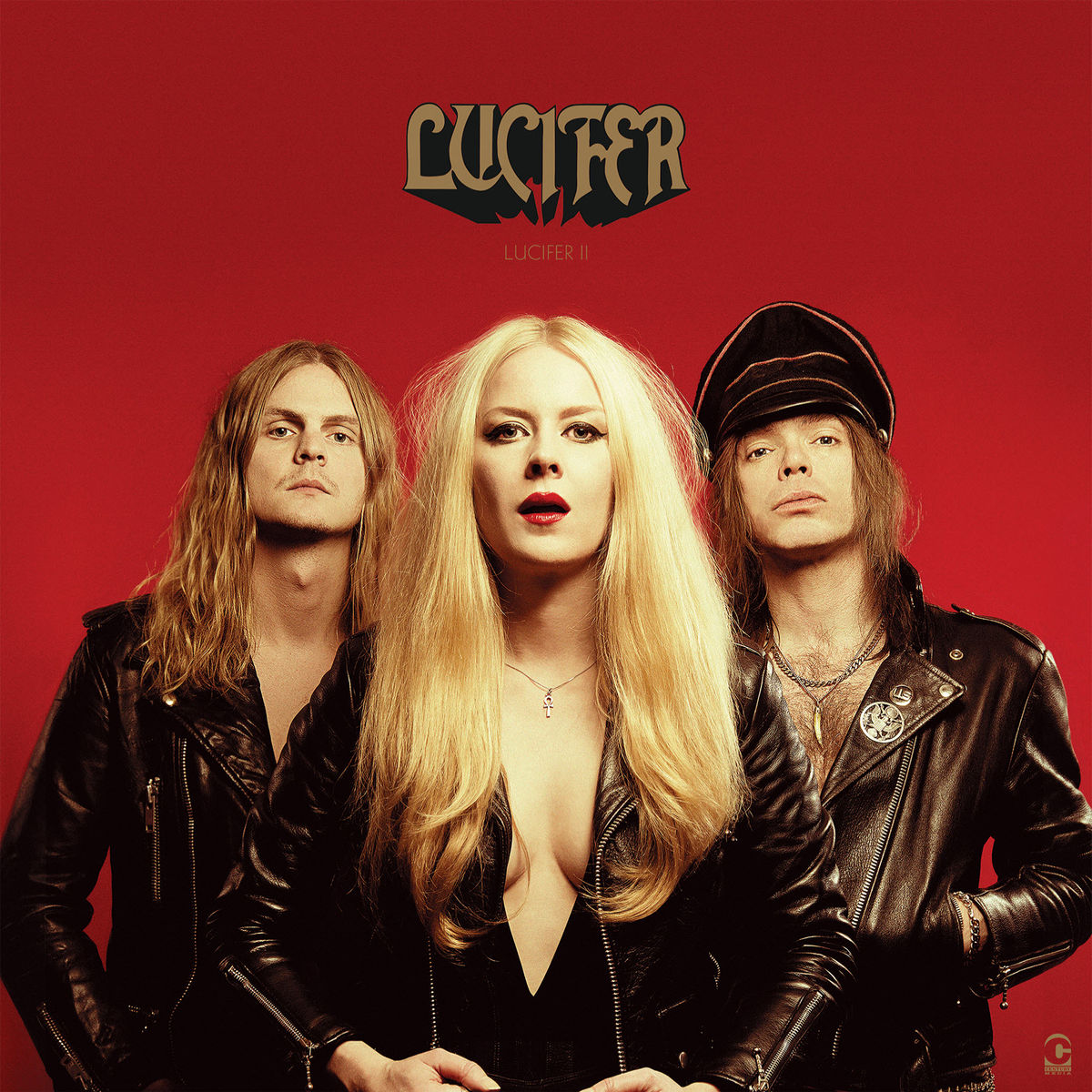 After the release of ‘I’ singer Johanna Sadonis was confronted with the (amical) departure of guitarist Gaz Jennings, her main writing partner in Lucifer. So in stepped Nicke Andersson, multi-instrumentalist and songwriter with a very varied musical taste looking at his musical past with Entombed (death metal) and the more modest tunes of The Hellacopters and Imperial State Electric. After composing a song together both Nicke and Johanna knew they were on the right track and the ideas kept flowing. Nicke played, bass, drums and rhythm guitar and then lead guitarist Robin Tidebrink did his thing. After the completion of the recording the three Lucifer members recruited guitarist Martin Nodin and bassist Alexander Mayr into the line-up giving Lucifer now a perfect opportunity to take the energetic songs on the new album to the stage as well. Lucifer stands for a combination of seventies rock, doom metal, stoner rock and that combined with the melodic vocals of Johanna Sabonis has led to a very entertaining retro rock record that is just dripping with heavy riffs and spectacular solos. And good songs as well, as a track like ,,Phoenix’’ proves without a shadow of a doubt. If you are looking for originality maybe this band is not for you. If you are looking for a rocking, traditional and honest seventies rock/heavy rock based record where the spirit of bands like Black Sabbath, Deep Purple and so is recognisable most of the time ‘II’ is just up your (and mine!) street. Uncomplicated, rocking hard and tons of gritty guitar riffs and a teasing keyboard (like on ,,California Son’’) in the background, sung by a chick that knows how to get it across, well, Lucifer might just be the band for you!