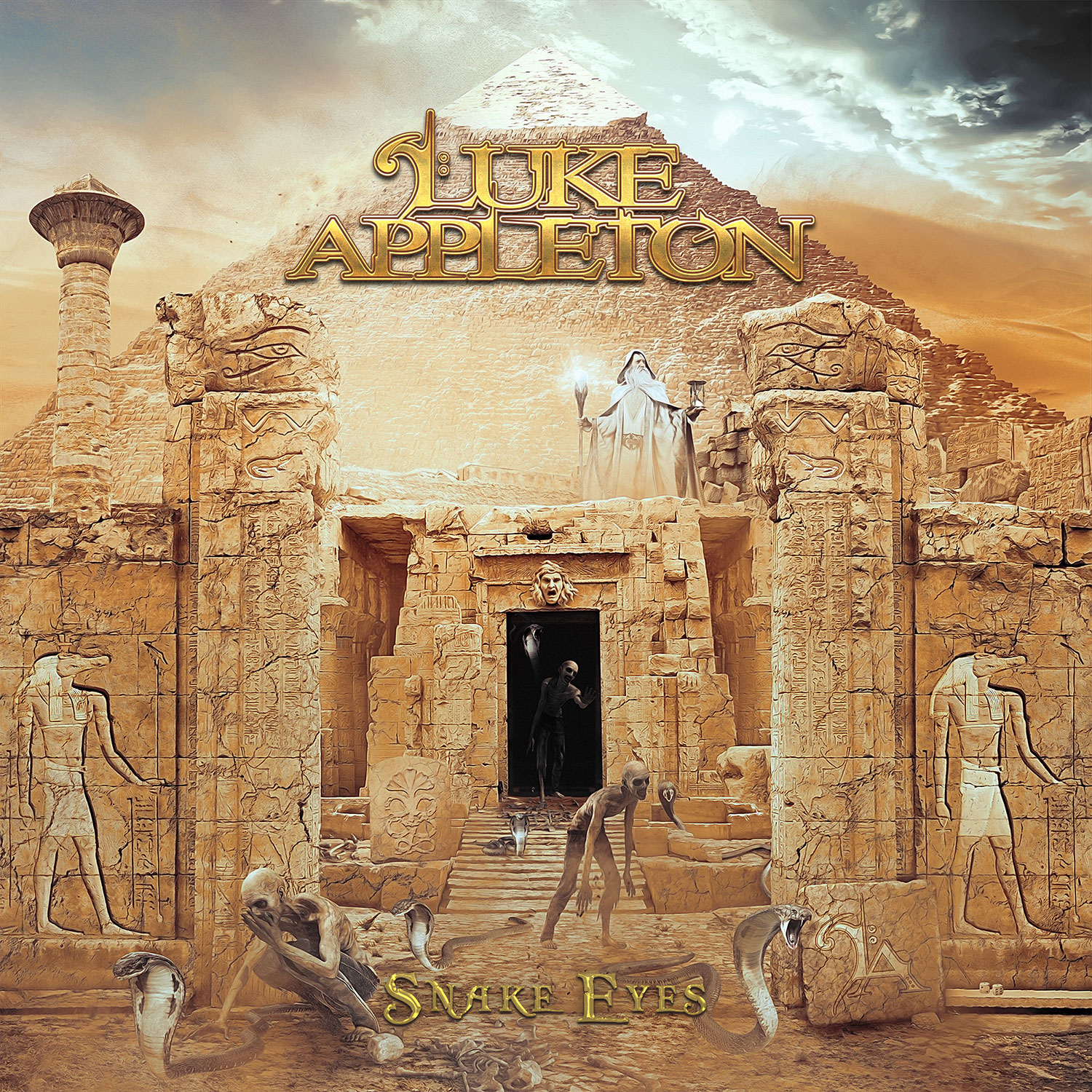 Luke Appleton divides his time mainly between being the bass player for US power house Iced Earth and being the guitarist for the UK hard rock band Absolva that features his brother Chris Appleton. And he is also regularly involved with former Iron Maiden front man Blaze Bayley. And then there is the fact that Luke also has developed something like a solo career where he concentrates on acoustic based rock. He released the EP ‘How Does It Feel To Be Alive?’ last year and has now followed that up with a full length acoustic rock CD entitled ‘Snake Eyes’ that is being produced by brother Chris and it also features some guest musicians like original Iced Earth vocalist Gene Adam on the song ,,Slay The Hydra’’ and Metaprism singer Therese Smith on the thoughtful track ,,First Star’’ that sounds slightly folky (and is by the way one of the absolute highlights on the album as the voices of Luke and Theresa sound like a match made in heaven). Last but not least Babylon Fire guitarist Rishi Mehta contributes some electric guitar solos for a few tracks. ‘Snake Eyes’ is in my opinion a very entertaining album. Luke Appleton has a pleasant voice to hear in an acoustic environment (although you can hear that singing is not his main ‘occupation’) and his songs are appealing with enough variation in pace to keep it interesting for the listener, also because you can taste the emotion that Appleton brings across in the individual song and his performance. Especially ,,Crocodile Tears’’ (with an impressive guitar solo), ,,Stone Broke From My Heart’’ and the sensitive track ,,Walkers’’ (with again some great electric guitar parts) are the songs that shine on this CD (together with ,,First Star’’, ,,Medusa’’ and ,,Slay The Hydra’’). It may not be as heavy as what he does with Absolva and Iced Earth but it is sometimes a relief to be able to listen to an acoustic album like the one that Rob Lamothe launched not so long ago. Not saying that ‘Snake Eyes’ matches that calibre in total but in general this record has enough quality and good songs available to make the journey last. Luke Appleton has several tasteful stories to tell and has used ‘Snake Eyes’ as the vehicle to share them with you. Nice job!