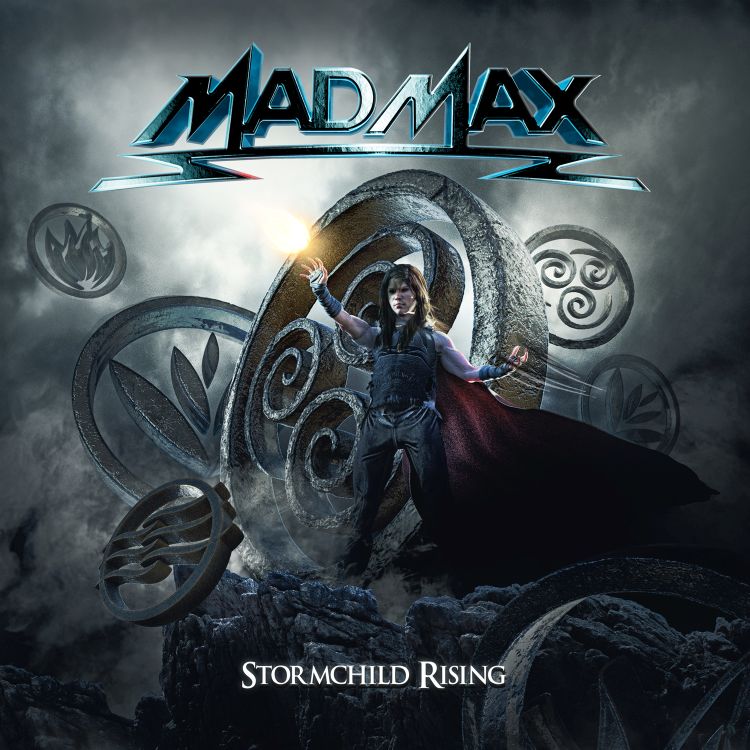 In 1985 German melodic rockers Mad Max released the album ‘Stormchild’ and the cover showed a boy who became more or less a symbol for the band, fighting for everything good in the world. In 2020 that image of the boy is resurrected (and refreshed) on the new album ‘Stormchild Rising’ as the world is as we all know is disarray so someone fighting for everything good in the world is very welcome. According to Mad Max their fans asked for this image/symbol to be given a new life and as the fans also expressed to the musicians in the band during their last tour promoting their album ‘35’ not to change the style that the band has been known for since the early eighties it comes as no surprise perhaps that this new record answers all the fans’ wishes to the fullest. ‘Stormchild Rising’ is a guitar driven, most of the time fast paced heavy rock album on which the group around long serving members Michael Voss (guitar/vocals), Jürgen Breforth (guitar) and Axel Kruse (drums) delivers the goods accompanied these days by bass player Thomas ‘Hutch’ Bauer who joined several years ago. And although the musical recipe on this album is familiar there are plenty of surprises in store. First up is opener ,,Hurricaned’’, a fast and furious rocker with Voss and current Vandenberg vocalist Ronnie Romero (who met the Mad Max boys during a tour with CoreLeoni where Romero was doing the lead vocals for) doing a breathtaking duet (a bit strange to hear that Romero has left CoreLeoni which might not be such a wise decision for that group). Stryper guitarist Oz Fox delivers a blistering solo during ,,The Blues Ain’t No Stranger’’ (excellent track and in a way quite surprising as Mad Max never really encountered blues rock elements in their career!) and an old favourite of the group vocalist Paul Shortino delivers some quality singing in a duet with Michael Voss on the Rough Cutt track ,,Take Her’’, the band that Shortino had in the mid-eighties when he and the boys in Mad Max got acquainted and stayed in touch (the same goes for the connection with Oz Fox). But to be honest, the guests are very welcome and add value to the proceedings but in reality the four lads in this group don’t need outside help to sound impressive. Listen to powerful rockers like ,,Eyes Of Love’’, ,,Busted’’ or some of the other songs where Mad Max do their thing and that is rocking the shit out of themselves, with a melodic touch (,,Kingdom Fall’’) but mostly full of fury and power. The musicians in Mad Max may be veterans now but they still know how the kick ass and rake havoc in rock and roll land. Take also note of the extremely good sound (Michael Voss is a very experienced producer as well these days) and the conclusion can only be that ‘Stormchild Rising’ is a worthy successor of ‘35’, no doubt about that.