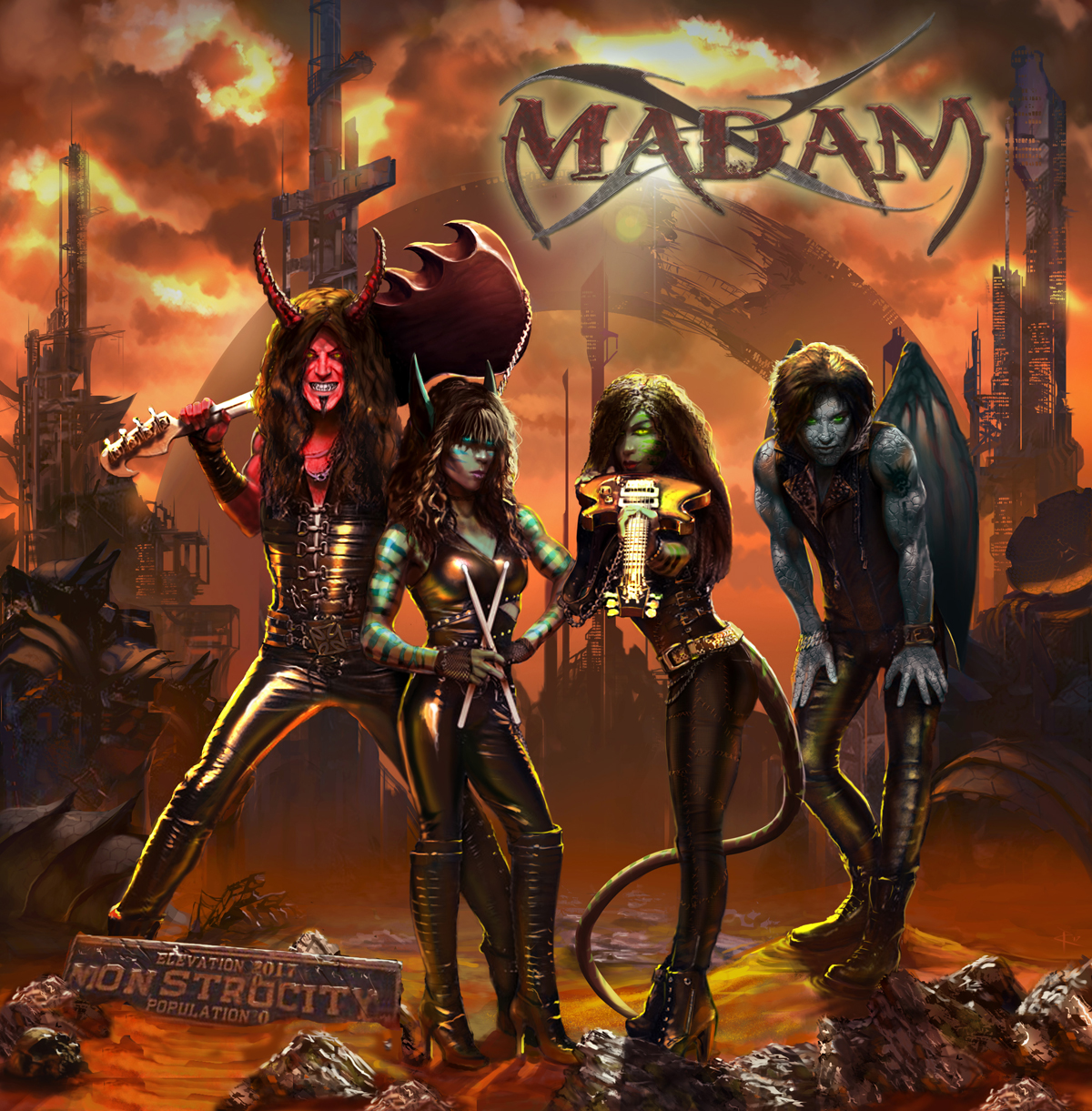 December 7, 2017 by Michel van de Moosdijk - More about our team

About 33 years ago Detroit, Michigan based band Madam X released their first and until now their only CD called ‘We Reserve The Right’ on Jet Records. The band was formed around the two sisters Roxy (drums) and Maxine (guitar) Petrucci and further consisting of singer Bret Kaiser and bassist Chris Dolber. The band got a lot of airplay with MTV for their video clip of the song ,,High In High School’’. I still remember a dwarf playing a role in that clip and he irritated the hell out of me. The party rock that the band played was direct, simple but all in all not very effective for them as they broke up some time later. Roxy Petrucci made a name for herself by being in the female rock band Vixen while the other musicians went their own way, Kaiser even recording a CD of his own. It has taken over 30 years for the band to reunite, play some shows and finally come up with that second album. It starts of heavy and wild with the songs ,,Resurrection’’, ,,Nitrous’’ and the title track and it soon becomes clear that style wise Madam X has not changed a bit at all. Roxy and Chris Dolber set the pace, Kaiser still has those high notes in store, but nowadays turns out to be a lot more versatile than in 1984 while Maxine treats us on fast riffs and some exorbitant solos. I must say that Madam X still rocks and plays heavy metal without taking any prisoners. It does take you back to those good old days and as there are so many bands from that time still active or having reunited, you can’t blame these ladies and dudes for doing something they obviously enjoy. Madam X is not shocking the world with ‘Monstrocity’ but on the other hand do not embarrass themselves either. There are thirteen tracks on this record including a remake from ,,High In High School’’. It is what it is, predictable melodic party and hair metal with no compromises. It did not completely work out then, it might not work out now but at least this is a no nonsense rock record, played and sung with mucho gusto. Sometimes time stands still, at least it seems that way for Madam X.