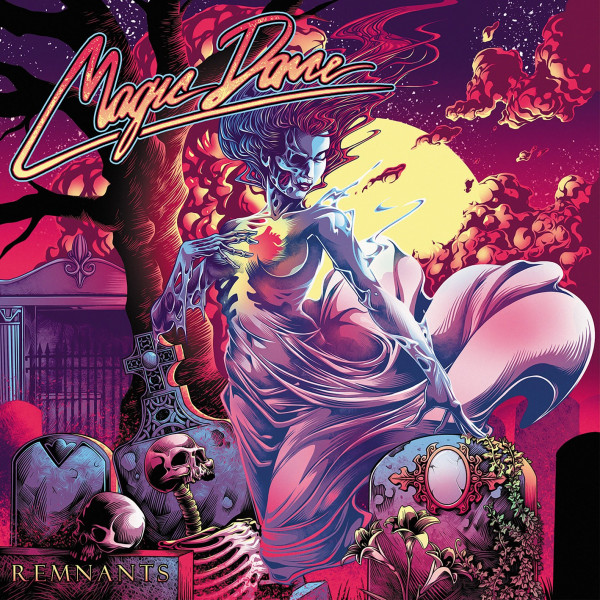 Jon Siejka is the master mind behind Magic Dance. This project started out some years ago as a techno and dance orientated thing but with albums as ‘Vanishing’ and ‘New Eyes’ developed slowly but surely in a eighties sounding AOR/rock band with some heavy touches and a very modern somewhat high tech production. The two albums had not always a certain regularity in strong songs overall but in general a regular AOR fan should be able to dig Magic Dance.

On ‘Remnants’ not a lot has changed. Siejka has done as usual most things on his own, just using Kevin McAdams as drummer, using four bass players and three guitarists to play the solos, but for the rest Magic Dance is Siejka’s baby in every way possible (guitars, synthesizers, production, writing and singing). Jon has created a certain sound for Magic Dance, that becomes pretty clear if you are familiar with the two above mentioned titles and compare them to ‘Remnants’. A slightly technical sound with a big influence for the drums and in combination with Jon’s voice it can become slightly monotonous at times. Yet, his songs are pretty cool and there are enough heavy moments and plenty of guitar acrobatics to pull ‘Remnants’ towards a satisfactory level of enjoyment but somehow I get the feeling that just as was the case on ‘New Eyes’ that the album lacks something that is difficult to pinpoint. It is more of the same, let me describe it that way. ‘Remnants’ might be a logical new step for Magic Dance and the album certainly has good moments but at the end of the day it just seems that Jon Siejka is too focussed on a certain style and approach. He might get away with that one more time on ‘Remnants’ but needs to have a long hard look at himself and his music in the near future.