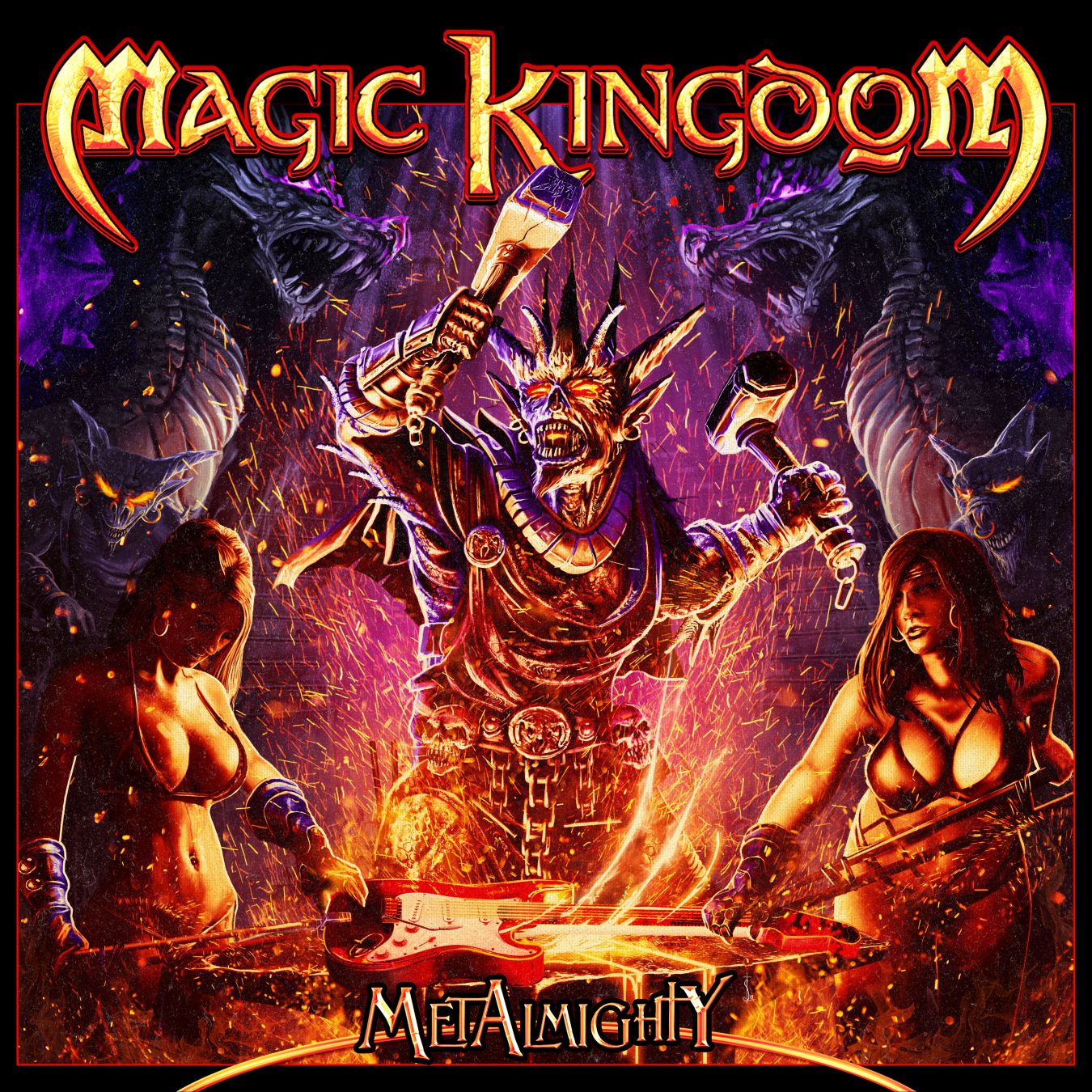 Guitarist/producer Dushan Petrossi divides his time between the bands Iron Mask and Magic Kingdom (their first CD came out 20 years ago). With Magic Kingdom Dushan focusses on fast and furious neo-classic speed/power metal. With help from bassist Vassili Moltchanov and drummer Michael Brusch the band worked on this record but they needed a new singer. So in came the very experienced American power singer Michael Vescera who has a discography that is almost second to none. He sang with Obsession, Loudness, Yngwie Malmsteen, MVP, Vescera, Roland Grapow and many, many others, so for the kind of music Dushan had in mind for Magic Kingdom Vescera was maybe a very logical choice. For over an hour Magic Kingdom blasts through eleven songs, most of them played at a furious speed (Michael Brusch is truly a speed monster) and only for a few moments the pedal goes off the metal. ,,So Fragile’’ is in comparison with most of the other tracks played in a very modest tempo. Vescera feels right at home, these kind of songs have been his bread and butter for years. Dushan Petrossi has obviously been influenced by people like Blackmore, Malmsteen, Michael Angelo Batio and Luca Turilli and he is maybe not the most original guitar slinger around, but he sure knows how to race around on those six strings in a neo-classical musical environment and make the notes, riffs and solos count. If that is your cup of tea I am sure ‘MetAlmighty’ will taste quite well. Personally I would have preferred a bit more variety, but I must say that the way this band has managed to deliver this power and speed does deserve a decent amount of credit.