MAGNUM-Live At The Symphony Hall 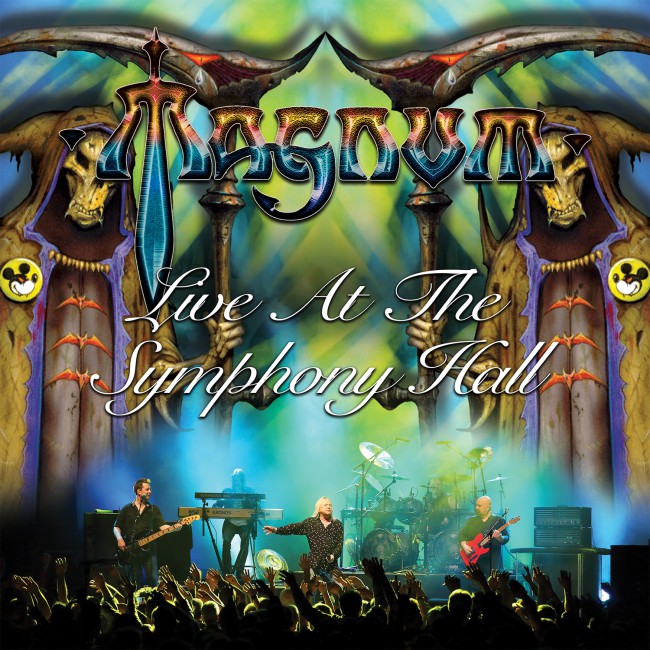 MAGNUM-Live At The Symphony Hall

With a home game in their own environment English rockers Magnum ended their tour to promote their latest studio effort ‘Lost On The Road To Eternity’. It was decided to record the show at the Symphony Hall in Birmingham, more or less the home town of the band. In their long and distinguished career this is of course not the first live recording that Magnum shares with the rock world but when you have undergone these two hours of material you just have to conclude that the spirit, dedication to the course and hunger is still there by the main musicians Tony Clarkin (guitar) and Bob Catley (vocals). By introducing the new musicians Lee Morris (drums) and Rick Benton (keyboards) on their last studio record Magnum gave the whole undertaking a fresh shot of adrenaline and energy as the album sounded a lot better than ‘Sacred Blood Divine Lies’. The bulk of the material displayed on this 2-CD is coming from both these albums mixed with a bunch of old classics of which some have received small ‘updates’ making them sound extra interesting for the audience and also for Clarkin and Catley who have been playing and singing songs like ,,How Far Jerusalem’’, ,,Vigilante’’, ,,Les Morts Dansant’’, ,,Don’t Wake The Lion (Too Old To Die Young)’’ and ,,The Spirit’’ for some three to four decades now. Take for instance my absolute Magnum favourite ,,How Far Jerusalem’’ that on this CD clocks almost 11 minutes and every second of it is as entertaining as can be complete with a longer guitar solo than ever. I am also impressed by Bob Catley and the fact that for two hours he brings it across. His voice might be a little more ‘horse’ in comparison with the eighties but his overall performance is more than satisfactory. The man is 71 years old now, so hey, all credit to him. There are some guest musicians joining Magnum on stage like Avantasia’s Tobias Sammet doing a duet on ,,Lost On The Road To Eternity’’, while former Lionheart vocalist Lee Small helps out on background vocals. If you add to all that a clear yet powerful and majestic sound is it a pure fact that the Magnum musicians have done themselves justice on ‘Live At The Symphony Hall’.