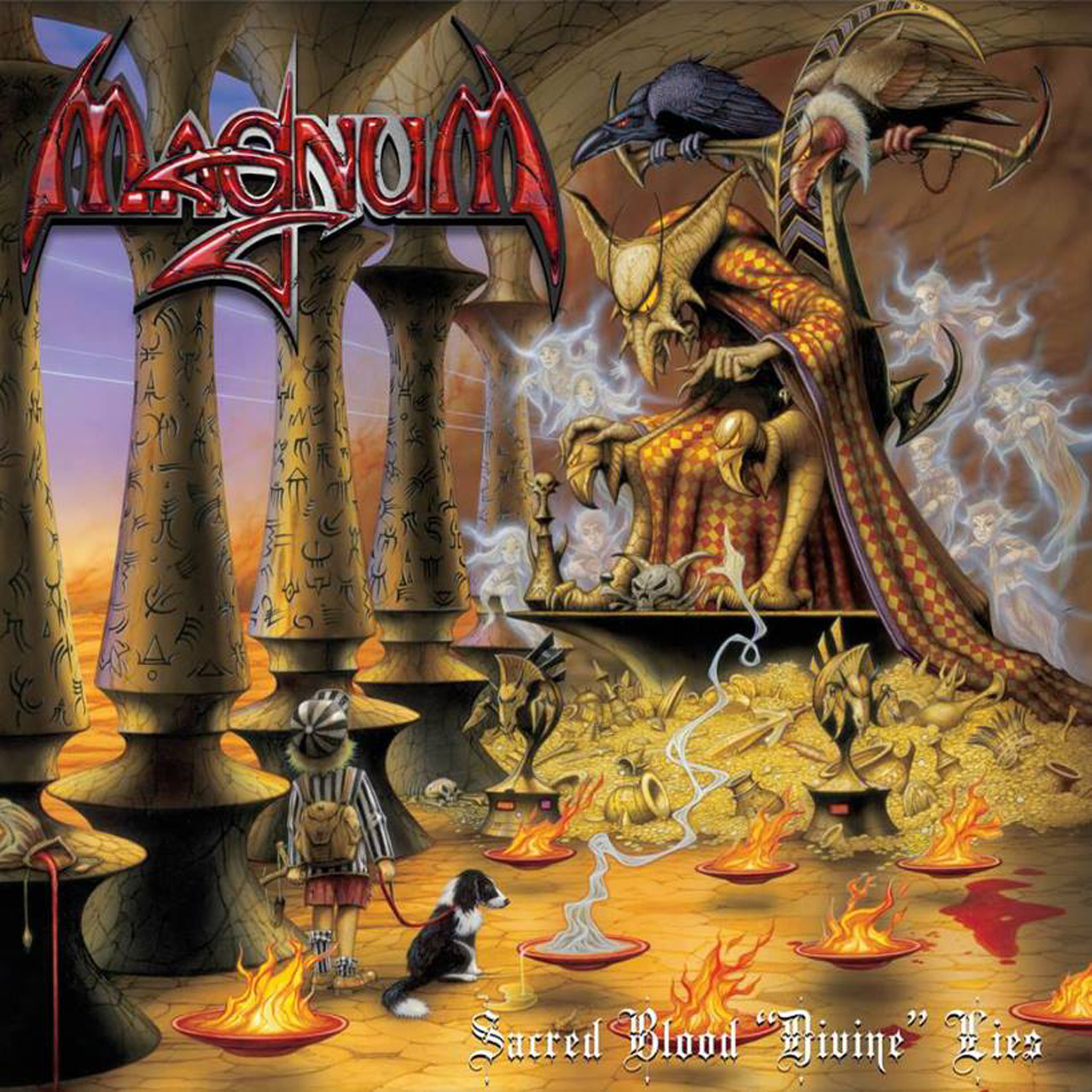 You have to have some admiration and respect for Magnum. Since the band reformed in 2001 Tony Clarkin (guitar) and Bob Catley (vocals) are still at it, together with Mark Stanway (keyboards), Al Barrow (bass) and drummer Harry James (also active in Thunder). ‘Sacred Blood Divine Lies’ is album number 19. What has the band to offer these days? Without a doubt yet again a very decent and crafted album, made by very experienced musicians. But if we are very honest, since the reformation Magnum has been trying to achieve the same success they had in the mid and late eighties with the monster albums ‘On A Storyteller’s Night’, ‘Vigilante’ and ‘Wings Of Heaven’ and they have failed to do so. This album will consolidate their position as a reliable melodic heavy rock band. Catley is still a good singer and Clarkin a good composer of songs. The album starts great with the up tempo title track, but soon the songs become mid tempo and a bit dragging. As soon as the tempo goes up (,,Princess In Rags (The Cult)’’, ,,Quiet Rhapsody”) things absolutely improve and it is good to hear this band rocking out. But I miss a bit a spark, a few songs that really lift things up. What I miss is an epic like ,,How Far Jerusalem”, the best Magnum song ever. ‘Sacred Blood Divine Lies’ is okay, but it is a bit played on safe. It will do its thing for Magnum, I am sure, but is this a CD that the real Magnum fan will play and play again? I have my doubts.