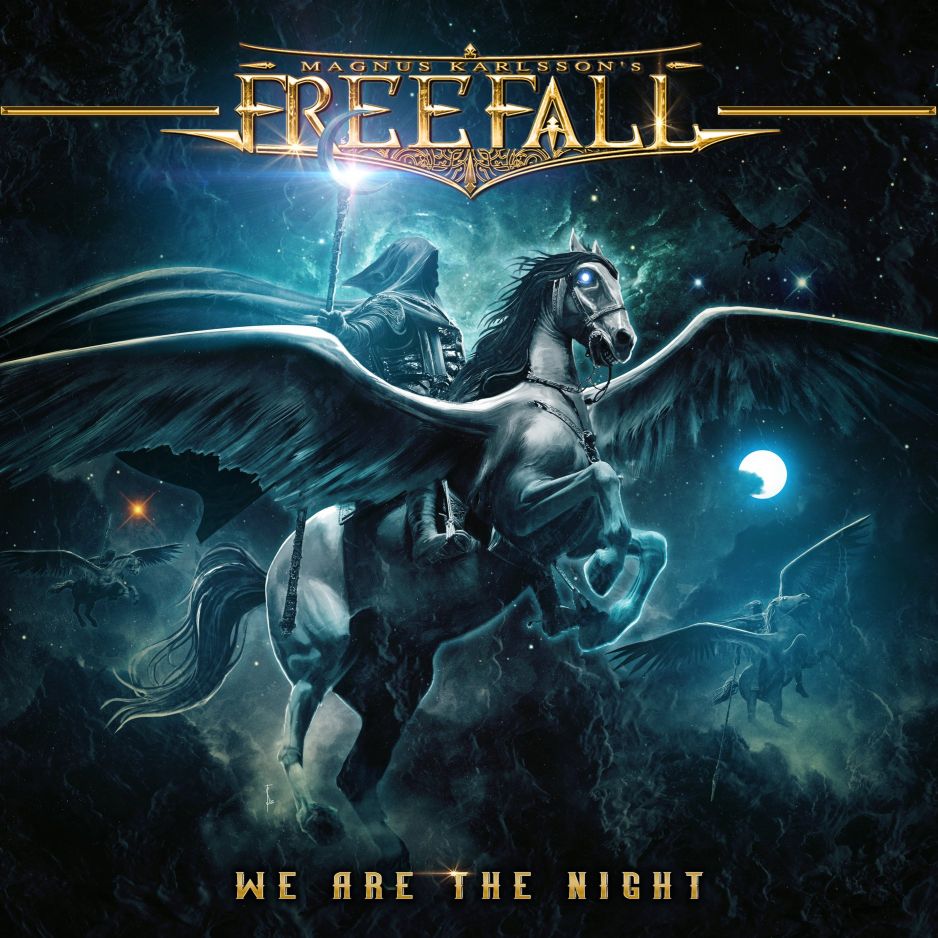 If you have been following the melodic rock scene for the last fifteen to twenty years you should have come across the name of multi-instrumentalist, composer, producer and (and sometimes even singer) Magnus Karlsson, the creative brain behind Allen/Lande, Allen/Olzon, Starbreaker (with Tony Harnell), member of Primal Fear and Gods knows what else he has done over the years. If you haven’t heard of him then you surely have been asleep and absolutely missed out of a lot of good and very interesting records. Karlsson is a very complete musician and on his very own project Free Fall he puts his own stamp. But when you listen carefully you can hear similarities with the Allen/Lande and Allen/Olzon releases as he has this particular guitar sound that always pops up having a certain ‘signature’. A guy that has that as well is his fellow Swedish colleague Tommy Denander who also has a certain signature sound. Magnus Karlsson has for this episode of the Free Fall project involved several singers who have been making a name for themselves in recent years. Guys like Dino Jelusick (Animal Drive, Dirty Shiley), Ronnie Romero (Vandenberg/Rainbow and now making a return to Lords Of Black), the relative newcomer but extremely talented Renan Zonta (Electric Mob), Battle Beast female singer Noora  Louhimo, Cloudscape’s Mike Andersson and former Black Sabbath vocalist Tony Martin (who was also present on the 2015 Free Fall CD ‘Kingdom Of Rock’) are the people that have lent their singing talent to the project that also has master mind Karlsson sing two songs (and believe me he does a more than decent job) plus there is also a beautiful instrumental track called ,,On My Way Back To Earth’’ featured on ‘We Are The Night’. The main thing with Karlsson is that he always manages to find the perfect balance between heavy and melodic songs on his albums. They are always full of energy and have a certain amount of bombast but there is always this melodic tint present that give the album that extra spark. Karlsson plays all instruments himself except the drums (this time done by Anders Kollerfors) and does the production with this time veteran Jacob Hansen being responsible for a very energetic mix. I have got no idea who he uses as his sound board for his albums but yet again ‘We Are The Night’ is filled with good songs, classy singing, a lot of excellent guitar work (including some shredding) and an overall balanced but ultra-heavy sound. I find it difficult to pick favourites as the album is basically a highlight from start to finish, so I would like to suggest you do your own investigation and look at a few clips that are already featured on YouTube to get you in the mood. Yet again Magnus Karlsson delivers the goods!