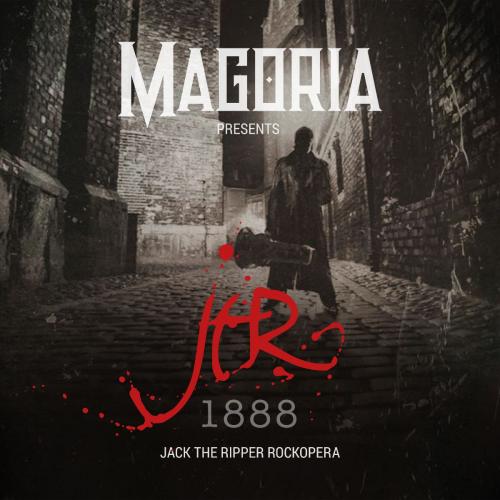 Ever since The Who launched the rock opera ‘Tommy’ this phenomena has been creeping up in rock music quite regularly. A little while ago this magazine reviewed the CD ‘D-Day’ from the Dutch band Knight Area, a CD that was dealing with the invasion of the Allies during the Second World War when it all kicked off in Normandy, France. Knight Area guitarist Mark Bogert now has come up with a rock opera dealing with the topic Jack the Ripper, a mass murderer that operated in 1888 in London. Many bands have written songs about good old Jack (think about Judas Priest with their song ,,The Ripper’’) but a complete rock opera, well, that is pretty unique right? For this big event Mark Bogert got some help from nine male and female singers, some Knight Area colleagues and other Dutch musicians. The singing line-up is quite impressive if you are into the Dutch scene with musicians like Peter Strykes (former Vandenberg/1st Avenue), Jan Willem Ketelaers (Knight Area), Mirjam van Doorn (The Boxx) and Maria Catherina (Robby Valentine) lending their services while also a bunch of instrumentalists of several Dutch bands are involved. We all know the story of Jack the Ripper, the fact that he mutilated and killed several people (mostly women) and that his identity always remained a mystery. Magoria explains and tells the story of Jackie Boy, his victims and the investigations on his crimes in 21 songs with a lot of melody, bombast, subtleness and suspension, ingredients that are usually part of a rock opera. An enormous amount of attention has been given to getting all the vocals and choirs in a tip top condition. The interaction between the male and female singers is at moments jaw dropping and quite tasteful. I am not going to mention individual songs as this record is a journey and an adventure that you must go alone and form your own onion and feelings to what you hear. For me it is crystal clear that Mark Bogert and his team under the name of Magoria have done an outstanding job that should please people that are into projects like for instance Ayreon.