MAIDEN UNITED-Empire Of The Clouds 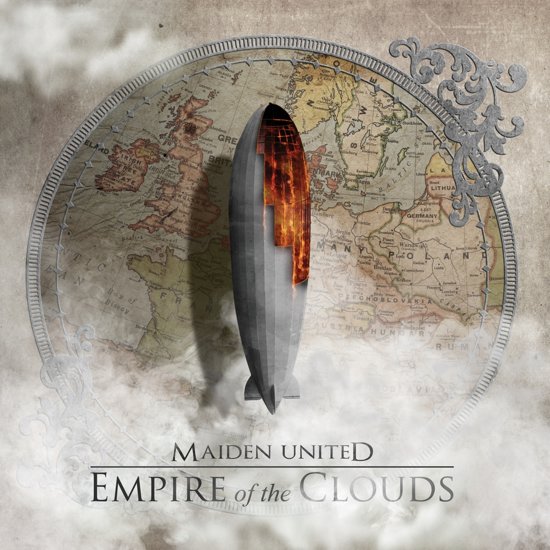 MAIDEN UNITED-Empire Of The Clouds

Maiden UniteD is a Dutch Iron Maiden tribute band with a twist. They started in 2006 and they re-arrange Maiden songs to be performed acoustic and do this pretty good. The members are all playing in other bands but what connect them is their love for this New Wave Of British Heavy Metal front runner band. Best known members are Within Temptation guitarist Ruud Jolie and his WT colleague, drummer Mike Coolen. Beginning of this year a dream came true for the guys when they played at the ‘Royal Theater Carré’ in Amsterdam [NL]. One of the songs performed that night was ,,Empire Of The Clouds’’ from ‘The Book Of Souls’ originally written (music and words) by Bruce Dickinson. Reactions on the live version were so positive they decided to take it a step further and make a studio version out of it, re-arranged, acoustic and with a narrator [Edward Reekers-ex-Kayak singer] to tell the whole story and connect the four separate parts. A wise choice because Maiden UniteD’s version, sung by the highly talented Wudstik, does add something to the original. The story is about the short period that England was developing airships at the end of the twenties of the last century. They built two, the R-100 for flights to the USA and the R-101 to bring passengers to India. The R-101, the biggest vessel ever built and much bigger than the ‘Titanic’, is the ship that crashed during its maiden flight to India. Bad weather conditions and some flaws in the construction caused a crash in France on October 5th, 1930 leaving 48 of the 54 passengers dead. It meant the end of England’s airship ambitions. Maiden United’s version of the song clocks at 24 minutes and sounds like a radio play because of the connecting narration. This song is put on CD1, on CD2 you get the live version of ‘Empire Of The Clouds’ just as impressive but a little shorter plus a totally stripped down version of the classic ,,Killers’’ also sung by Wudstik. All in all a double EP worth a listen.