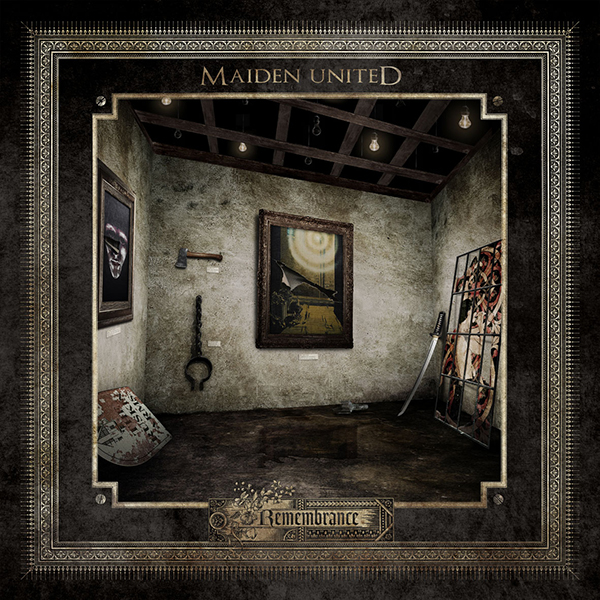 I admit, at first I wasn’t really thrilled by the thought there is this band named Maiden UniteD who transform iconic Iron Maiden songs into stripped down and reimagined arrangements. It felt like blasphemy because it is fucking Iron Maiden we are talking about here and the original versions have been stuck in our heads forever. But after a serious listening session to their newest album `Remembrance’ I have to admit these guys did a real fine job. Initiator guitarist Joey Bruers, partner in crime Ruud Jolie (guitarist Within Temptation) and various guest musicians treat the originals with respect and made songs like ,,Strange World’’, ,,Charlotte The Harlot’’ and ,,Prowler’’ come alive in a total different dimension. Fair to say that is a comforting thought. Damian Wilson (Threshold) who really fits the shoe here sings most of the songs. The contribution of former Iron Maiden singers Paul DiAnno and Blaze Bayley is a true bonus for the fans, though I find singer Huub van Loon (Dearworld) sounding a bit weak in ,,Burning Ambition’’. `Remembrance’ shows good musicianship and is wrapped in cool and challenging looking artwork.