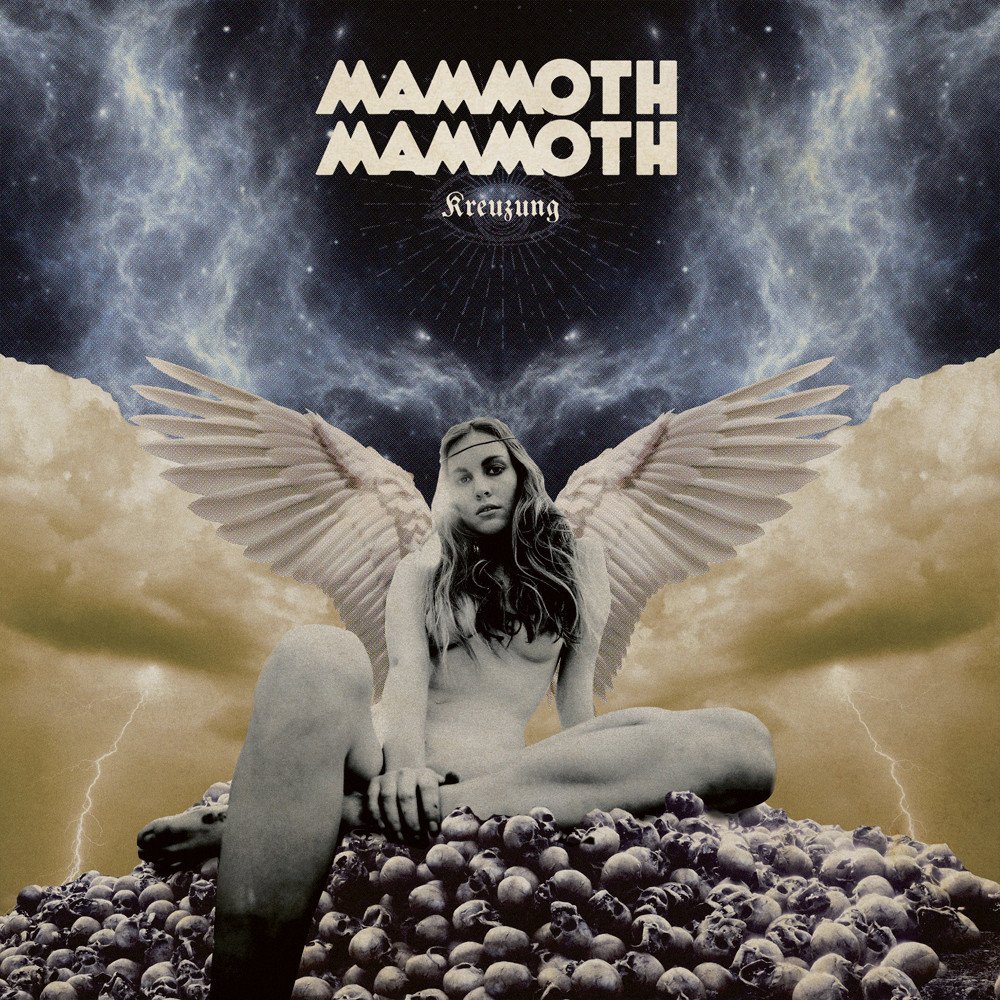 Why the Melbourne based Australian rock and roll hoodlums of Mammoth Mammoth have called their fifth CD (plus two EP’s) ‘Kreuzung’ instead of Crossroads is a mystery to me. Maybe it is a thank you to their Austrian label Napalm Records who gave this band some six/seven years ago the chance to leave the Australian shores to bring their high energy heavy rock/stoner rock to the European mainland. Although singer Mikey Tucker and his three partners do not touch new avenues on ‘Kreuzung’ it must be said that the energy level they bring is typical for an Aussie band. Without comparing them to bands like Airbourne it seems to me that that typical Australian ingredient of no nonsense and high energy straight ahead rock is just embedded in their songs and musical hearts. Most of the time short and to the point these boys whirlwind their way through your speakers with an ‘I don’t care, I will get my message across’ attitude that has its charm and moments. Still, there is not much changed in the approach or style since 2007. Not saying that the band are standing still in their development but it seems to me that the difference between the 2017 CD ‘Mount The Mountain’ and ‘Kreuzung’ is minimal, so I am wondering if these four dudes really have reached a crossroad or are still looking for it….