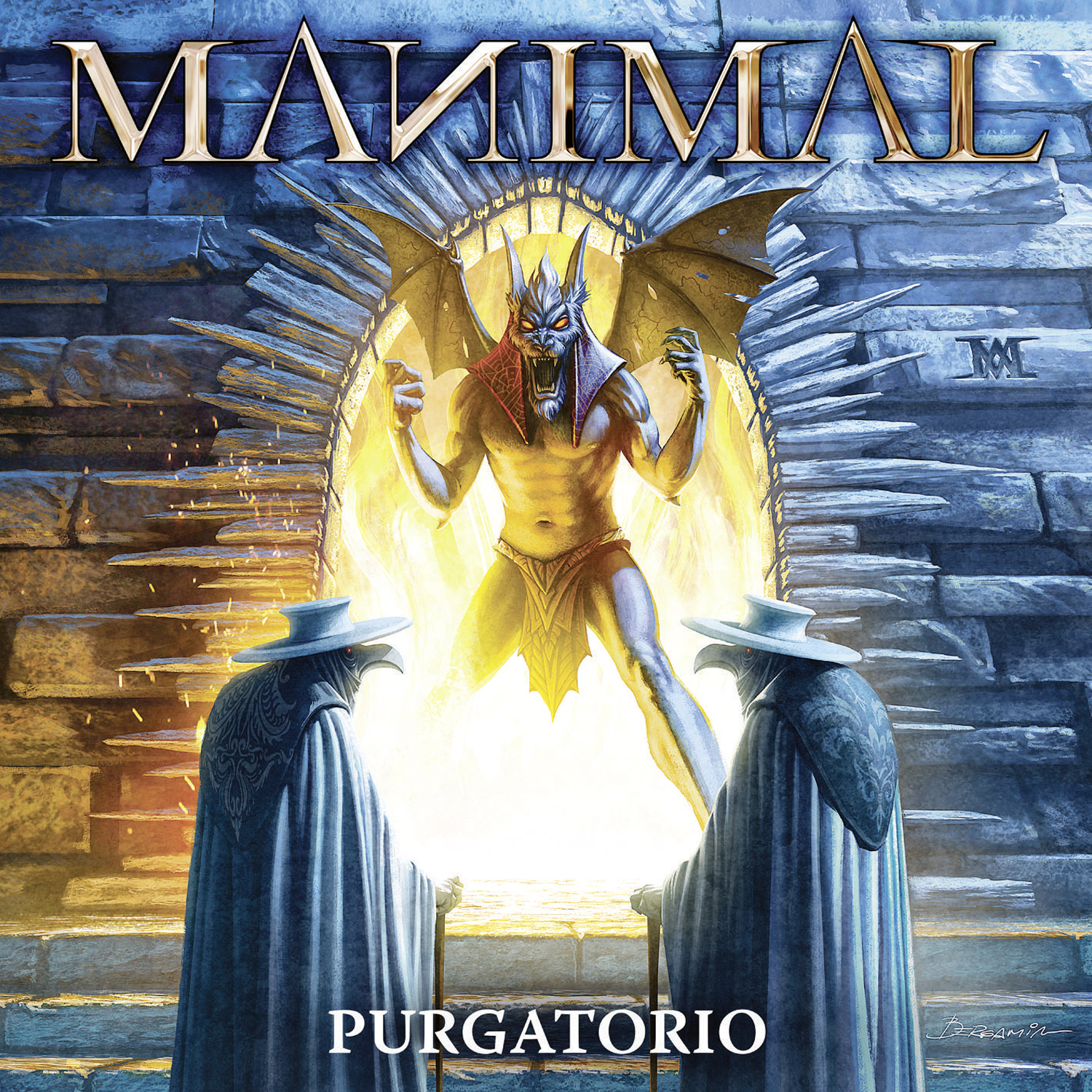 For a band that has been around since 2001 the work rate has not been very high as ‘Purgatorio’ of Gothenburg, Sweden band Manimal is only their third record. But it is better to release a few good ones instead of a string of mediocre CD’s. This is power and heavy metal music inspired by bands like Judas Priest, Primal Fear, Accept and maybe even their countrymen of Hammerfall. Especially the high-pitched voice of Samuel Nyman has found its inspiration in the early years of Rob Halford. Listen to the first song ,,Black Plague’’ and you will catch my drift. If that is not a Priest intro…. Except for a decent amount of originality Manimal do have quite a bit to offer to a heavy metal fan. Strong riffs, very decent songs, a pure metal sound and the guys do know how to handle their instruments. Especially drummer Andre Holmqvist lays down the law with his battering style. Manimal have produced this effort mostly by themselves and have done that well. I am not predicting that Manimal is going to conquer the world with ‘Purgatorio’ as we have heard this kind of style and music often before but on the other hand they don’t have to be ashamed either. ‘Purgatorio’ is a solid metal CD that will stand its ground for the near future so if you are into the names mentioned above it would not hurt to check out his one as well.