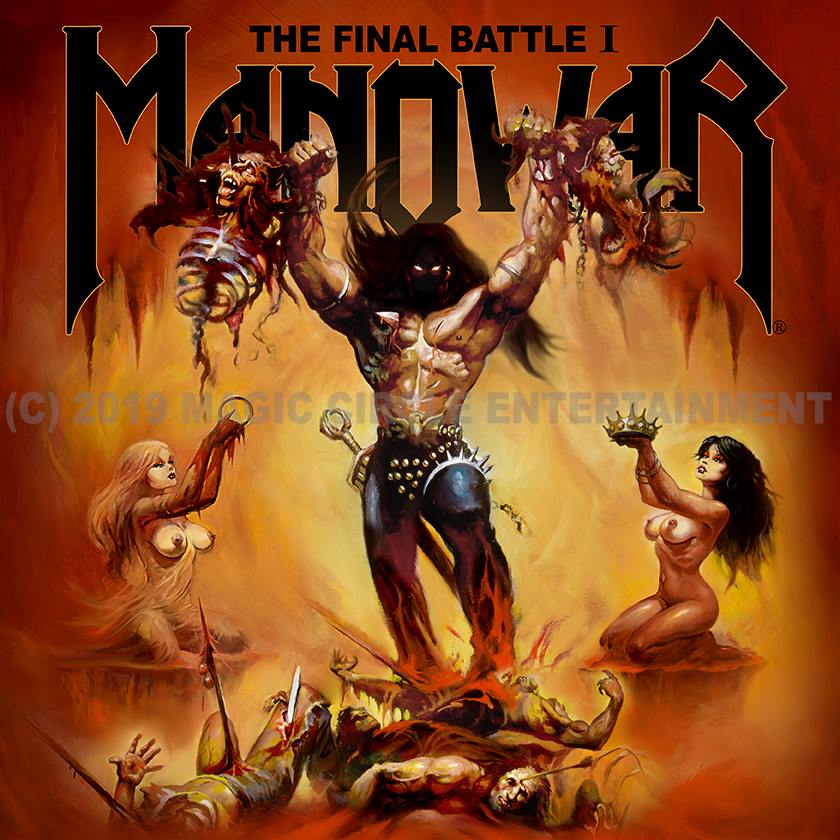 Coinciding with their final farewell tour Manowar releases this 4 track EP pleasing their audience and providing the band with a chance to implement new tracks into their setlist of classics.

Opening with the cinematic intro ,,March Of The Heroes Into Valhalla” the band brings traditional epic notes to the plate, bursting into the loud and predictable Manowar track ,,Blood And Steel” which will be a crowd pleaser during their live shows. The song bears the typical warrior ingredients and power howls. ,,Swords Of The Highlands” also bears the typical warrior marks, but also hints a wider influence pasting Celtic scenery. The slow mover is a powerful and epic tune opened with an ethereal cinematic arrangement that sets Braveheart-like landscapes. It is Eric Adams who impresses with his narrative vocals and his powerful performance about the perished heroes laid to rest in the highlands. The song erupts in great crescendo of power and glory with a dramatic guitar solo and Adams offering the golden sword of the highlands to the next generation of warriors fighting to be free. Lyrically the phantasy text is evoking the band’s best performance of their latest releases. The song dies out with piano and narrative interaction with impressive drama. It is this powerful epic thematic returning on the epic ,,You Shall Die Before I Die”. A strong, powerful and fierce warrior’s tale about invincibility. The song is eponymous and taunting, growled together by DeMaio himself. Hardly sung, largely growled and grunted into perspective, the song’s backbone and anger-laden fury comes with ominous insanity. Though many will like the blend of loud outbursts and the growling vocal performance, I tend to wonder how much the band would have benefitted from a singer’s influence. The 6 minute long track just drills the wrong nerve and takes too long to climax.

Certainly welcomed by their diehard fan community, this EP is likely not widely appealing. The best tracks are the cinematic intro and the epic ,,Sword Of The Highlands” that is impressive. ,,Blood And Steel” is a genuine Manowar track, as where ,,You Shall Die…” simply lingers on to long before climaxing. But all in all; an EP for the fans!