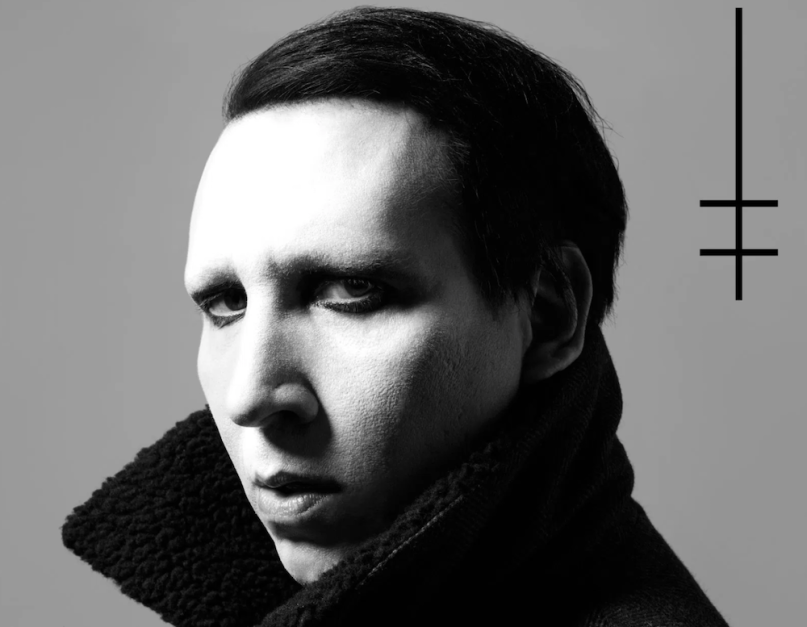 A very long time ago, there was a guy named Brian Warner who turned into a creature called Marilyn Manson and shocked the world. The nineties seemed like the decade of the unholy apocalypse seeing masterpieces like `Portrait Of An American Family’, `Antichrist Superstar’ or `Mechanical Animals’. Marilyn Manson was everywhere, hated and worshipped at the same time. The follow up releases `Holy Wood’ and `The Golden Age Of Grotesque’ cemented the success of the middle finger of a whole generation. But then, something happened, something unpredictable, something scary. The guy who used to be pure destruction turned into an artistic train wreck. Seeing him live was once as spectacular as the landing on the moon, but started to become a pathetic try to be someone he once was. To see Marilyn fade like this was sad, somehow even disgraceful. As a fan, I always hoped he would get it again, gave him a new chance with every new album, went to see him live at least hoping to experience a good show. Pure disappointment all over until now….again, something happened, something unpredictable, surprising, something I was hoping for so long. The brand new album `Heaven Upside Down’ is good, actually really good. A bastard of the nineties music, kind of the best elements of this era. But it is not an album that will hit you immediately, it will grow though, slowly like Marilyn Manson is growing back again from the ashes. Haven’t seen him live lately, only on YouTube clips from all over the world…still have no clue if the job to deliver an amazing album was successfully accomplished or if he’s also able to pull an amazing live show. The temptation is here to give him another chance, for the sake of the past, as a loyal fan. If it is gonna be as good as the album, we can already be prepared for another decade of destruction…or even more. Welcome to the apocalypse my friends.