MARK BAKER-The Future Ain’t What It Used To Be 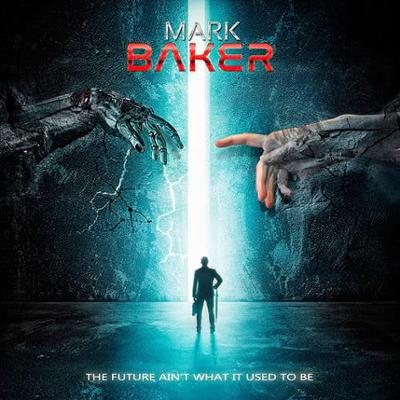 MARK BAKER-The Future Ain’t What It Used To Be

The 1989 album ‘Loud & Clear’ of the band Signal is seen as one the best AOR and melodic releases of all time. Singer Mark Free (now known as Marcie Free and singing with Unruly Child these days), guitarist Danny Jacob, bassist/keyboardist Erik Scott and drummer Jan Uvena delivered a masterpiece (produced by Kevin Elson at the time) that even today sounds as relevant as can be. One of the persons co-writing the songs was a guy called Mark Baker, a producer/composer who later on also worked with singer James Christian of House Of Lords. Baker made a lot of demo tapes of the songs that he wrote or co-wrote using singers like Marcie Free, James Christian, Freddy Curci (Sheriff/Alias) and Bill Champlin to record. These demos have now been compiled by Melodic Rock Records and released years after being written and recorded. One from the vault you could say remixed and mastered by JK Northrup. Without taking anything away from the other musicians and singers but this album is mainly about the fantastic voices of Marcie Free (who sings on nine songs) and James Christian (four songs) while most of the guitar work has been done by Danny Jacob. Several songs are of the quality that dignified that above mentioned Signal album. Mind you though, these are demos but they sound great. Maybe not all the 18 songs all as good as each other and several songs by James Christian you might have heard before as they have been featured on some of his albums with House Of Lords and his solo stuff. Mark Baker himself has written some liner notes for the CD and his memory might have left him at moments because there are two songs on there of which the vocalist is unknown, which is in this day and age quite strange, but hey, it is what it is. An album with 18 AOR tracks from the vault, with a bit of imagination you might say a small sequel on that majestic Signal album with a lot of extras. Probably an album for the happy few so it you are interested visit the website of Melodic Rock Records to secure your copy before they are sold out. I believe the record company is thinking about a second record as well as apparently there is more material from Mark Baker with Free behind the microphone floating about.