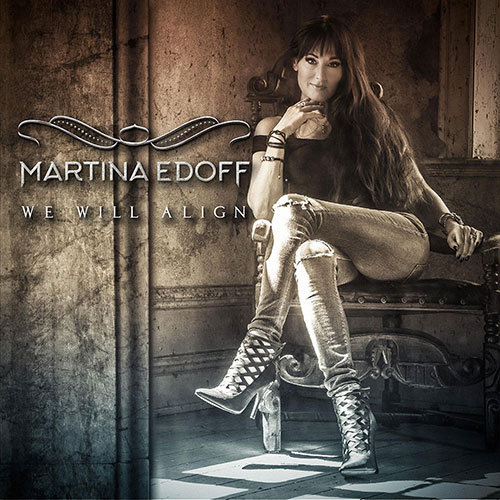 November 2, 2017 by Michel van de Moosdijk - More about our team

She is called the Nordic Metal Queen and on her third release singer Martina Edoff, who was also involved with The Poodles before she went solo, shows how it is done. A lot of effort has gone into the song writing of this album with Martina even teaming up with The Winery Dogs bassist Billy Sheehan and Eclipse guitarist/singer Erik Martensson for some tune writing. This lady clearly took charge being involved with the writing process of all songs and co-producing the record as well. She is being backed up by some first class musicians as well like guitarist Stefan Bergstrom and keyboardist Jona Tee, who produced the CD and co-wrote the majority of the tracks with Martina. The music is pure melodic rock with tempo and plenty of variation available backed up by a solid and strong sound and excellent musicianship. Martina is for sure a chick that can sing various styles. She has all the elements that a rock singer needs and it also helps that she is easy on the eye as well. My personal favourite is the hard rocking track ,,Truth Came Knocking On My Door’’ but also the title track, with Martina’s power vocals, is a big treat. I have not heard any mediocre songs or sounds on ‘We Will Align’ so thumbs up for Martina’s latest effort. It rocks just the way I like it. Again a CD that deserves a big audience!