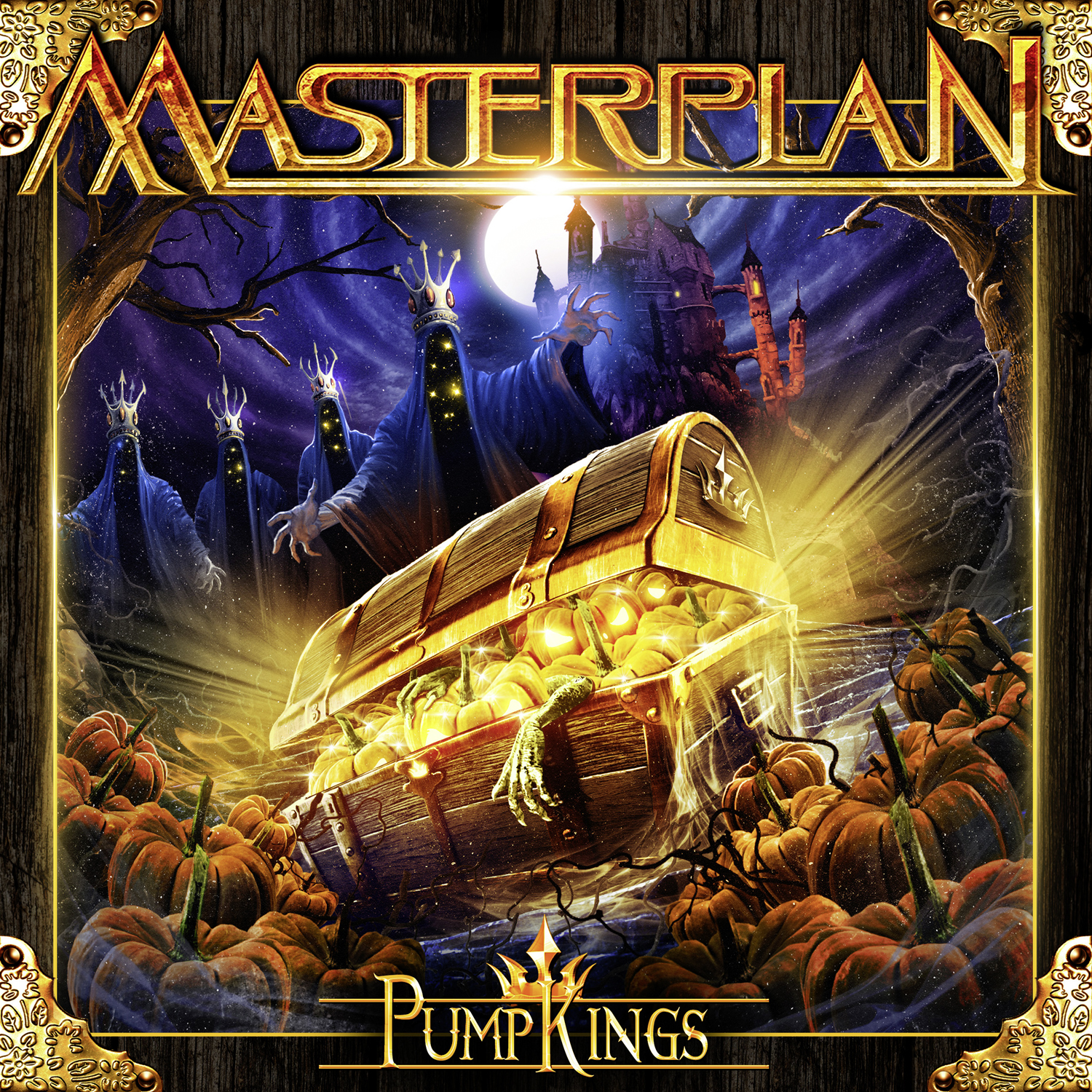 When I heard that Masterplan would come up with a new album I was really looking forward to that, as I really liked their former five albums, especially ‘Aeronautics’ and ‘Time To Be King’ with lead vocals from Jorn. However when Roland Grapow announced that the album would be filled with old Helloween tracks I was really disappointed, as that meant that no new Masterplan songs can be heard on ‘PumpKings’. Sad but true, so now we have to deal with 11 old Helloween tracks, all written by Grapow, except ,,Mankind”(Grapow and Kiske) and ,,The Time Of The Oath” (Grapow and Deris). All the  songs from ‘PumpKings’ can be found on the following Helloween albums ‘Pink Bubbles Go Ape’ (,,The Chance”, ,,Someone’s Crying” and ,,Mankind”), ‘Chameleon’(,,Step Out Of Hell” and ,,Music”), ‘Master Of The Rings’ (,,Take Me Home”, ,,Still We Go” and ,,Mr.Ego”), ‘The Time Of The Oath’ (the title track) and ‘The Dark Ride’, featuring  ,,Escalation 666” and the title track of that album released in 2000. Of course I have heard these songs before, but I have to say that the Masterplan versions sound really great. Most of the tracks sound heavier and the vocals of Masterplan singer Rick Altzi are truly amazing; but still I really would rather have heard some new Masterplan tracks….. However this album might be fun for Helloween fans and Roland Grapow apparently had a great time making this album, so who am I to judge, right?  Favourite tracks; ,,The Time Of The Oath” and ,,Still We Go”, keep on banging those heads!