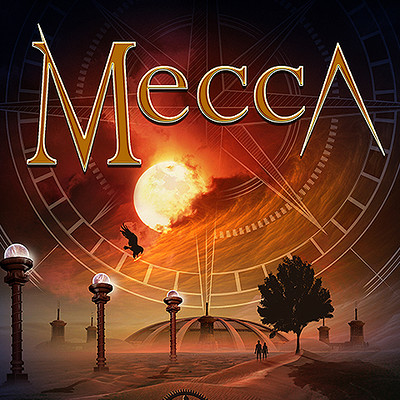 Singer/composer Joe Vana sure takes his time for a Mecca record. The first one was released in 2002 (with Fergie Frederiksen singing along with Joe, Mike Aquino on guitar and Jim Peterik at the production helm), the second ‘Undeniable’ in 2009 and this one came out in the last months of 2016 after being in the works for about three years. And after all that time ‘III’ only has 34 minutes of music divided over eight songs. But the overall quality of the record, the songs, the instrumentation, production, arrangements and especially the vocals are so huge and prolific that I can only say this: these 33.50 minutes I have experienced as heaven on earth!! If you are into AOR and west coast rock and bands like Toto, Survivor, Pride Of Lions, Yes, Mr Mister and so on this is a must have record! Pure instruments played by experienced people like Shannon Forest (the current Toto drummer and producer of the record), David Hungate (bass, former Toto), Tim Akers (B3 organ) and produced in an old fashioned way with the emphasis on songs and vocal arrangements that are finger licking good with some close harmonies that will make you swagger. It is all there in majestic songs like ,,Let It Go’’, ,,A Kiss On The Wind’’, ,,Alone’’ and ,,Believe’’. Absolute star of Mecca is singer Joe Vana, with a voice as clear and bright as a blue heaven. It is Joe Vana that has kept Mecca alive and he has taken his time, but my God, what a result! I realise that this is music for a select audience, as it is not so heavy perhaps, although there is plenty of fine guitar parts to enjoy (some of them played by Joe’s son Joey Vana). So AOR freaks and west coast rockers, if you have not heard this one yet, I think it is time you do so. What a pity that it such a relative short album. Hopefully a next Mecca CD is not going to take another seven years to be released!