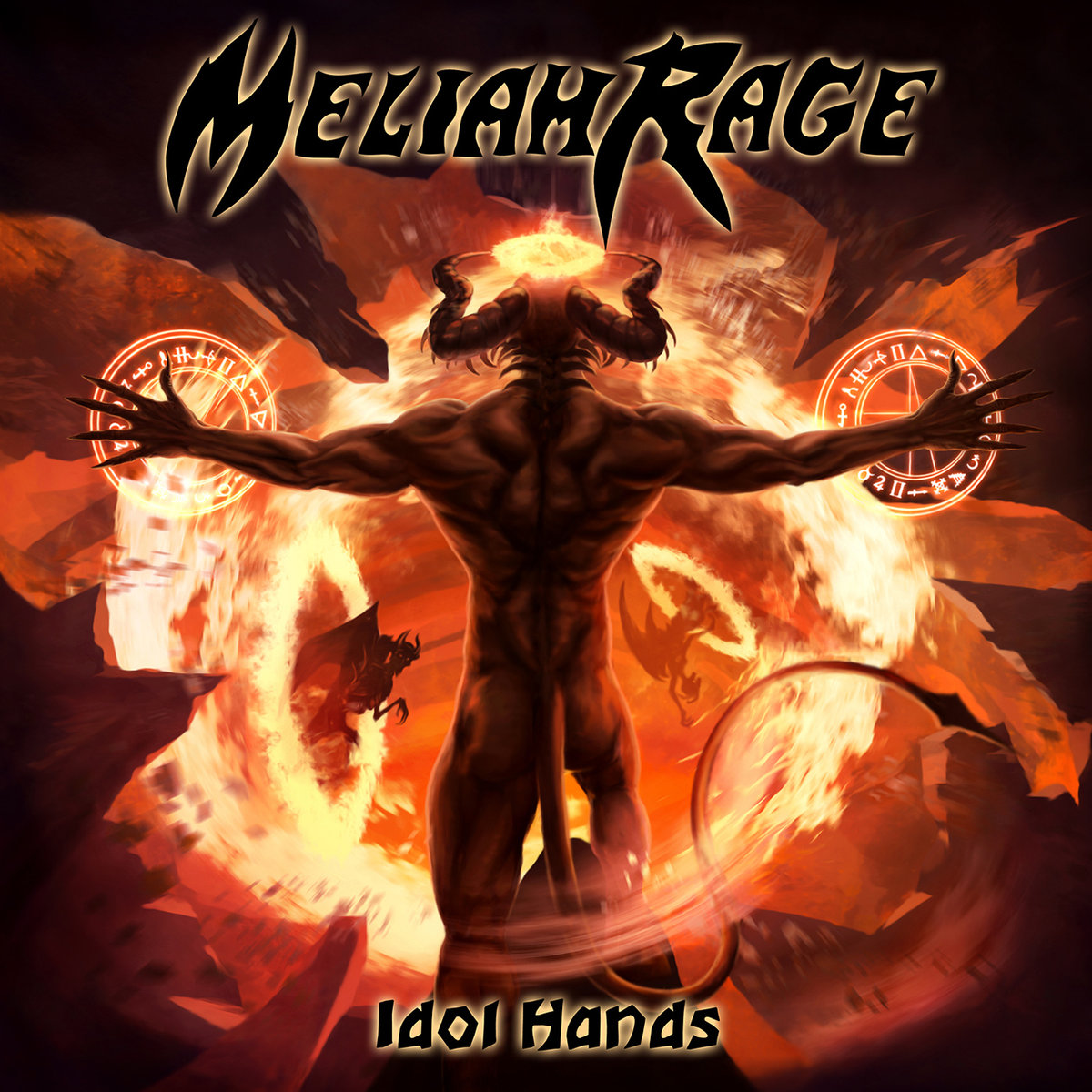 In 2007 I began my review with “Boston-based MELIAH RAGE was founded in 1987 under the leadership of Anthony Nichols. Influenced by bands like Riot, Metallica, Steel Assassin, Judas Priest, Iron Maiden, AC/DC and Megadeth, Nichols forged a distinct sound of aggressive, heavy rhythm, searing melodies, and impeccable song structure. Nichols recruited some of the best musicians in New England to form the original Meliah Rage, and the current line-up continues that tradition. Original members Nichols and Jim Koury, both on guitar, and drummer Stu Dowie have been joined by lead singer Paul Souza and bass player Darren Lourie.” That was about their album `The Deep And Dreamless Sleep’. Now the fact is that with this new album `Idol Hands’ Paul Souza is back behind the microphone. So all five members are the same as 11 years ago. I bought this new album blindfolded by the Metal On Metal stand on the Keep It True festival last April. Simply because I have a weak spot for this band. If you already familiar with their early work you can stop reading here and buy yourself a copy, because this new album might be one of their best releases so far. The start of this ninth studio album album is very strong with ,,The Kill-All Rule“ and ,,Dark As Your Thoughts“. Normally an album starts with their finest song(s) on it ‘cause people don’t take the time anymore to sit down and listen the whole album in a record store with headphones on. (Yes, we old skool bangers did that!). But hey, not MELIAH RAGE on this album. It’s getting better and better! Next in line are the title track ,,Idol Hands“ and ,,Crushed Beneath My Heel“. Some descent songwriting with powerful riffs and top-notch quality vocals together with a fine production throughout the whole album. Paul Souza’s vocal range is more melodic and aggressive when needed. If you thought you’ve had the highlights you were wrong. The best two songs in my opinion are ,,Sentenced To Life“ and ,,Absolute Power”. On the whole album is some serious guitarwork but what Anthony Nichols and Jim Koury are performing on these two tracks is simply amazing. On the seventh track ,,Infernal Bleeding“ you might hear even some Candlemass influences. And the album ends with again a great track ,,Where Darkness Lies “. I’m impressed by this new MELIAH RAGE album and I would suggest that you check out `Idol Hands’, especially when you like Megadeth, Metallica and Metal Church. I can’t imagine that it would be a punishment to be compared with these three bands beginning with a M …. and so does MELIAH RAGE!