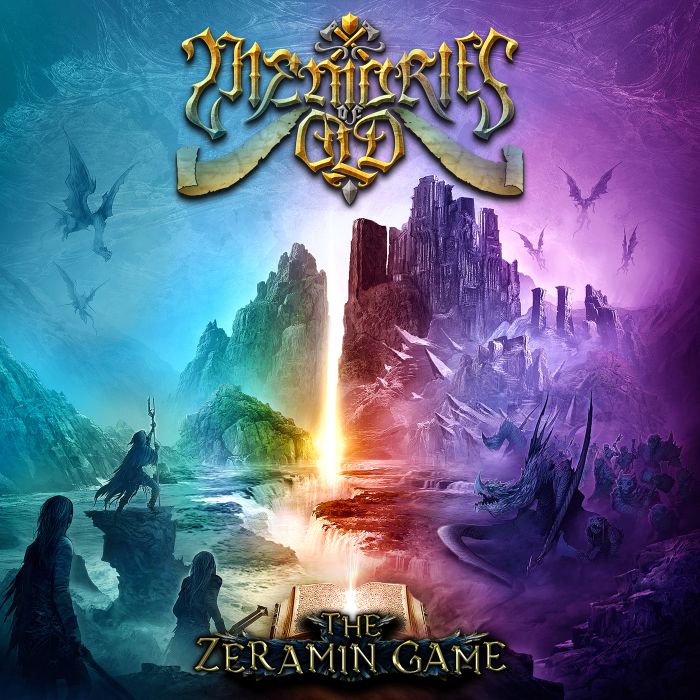 That the composer and main creator of this record comes from England might be surprising. Multi-instrumentalist Billy Jeffs has been working quite some time on this record with keyboarder Anthony Thompson. Things really got serious when current Sabaton guitarist Tommy Johansson joined the project as singer (he is singer/guitarist in the band Majestica as well). It took Jeffs some three years to complete the record with Johansson singing in the songs one by one.

In 2019 Jeffs decided to recruit some more people including bass player Erick Tekilla and the group made their live debut as well but without Johansson who had other commitments. So why is it so surprising that Jeffs comes from England? Well, when you hear the neo-classical, symphonic metal with lots of orchestral and bombastic pieces you expect more a musician from Italy like Luka Turilli being the main person behind the whole thing. Billy Jeffs (who played guitar, keys and drums) has done a good job with his crew. The album sounds very good, heavy, melodic and quite bombastic. Obviously it is more or less a concept album. I can’t say that the whole set up of the album is very innovating or extremely surprising as this kind of thing has been done by bands like Rhapsody etcetera, but on the other hand the quality of the record, the performances (the guitars are prominently dominating the mix) and the singing of Johansson are things that just can’t be ignored. The songs have atmosphere (including some spoken word and narrating), are at times quite epic (the title track with its playing time of some fourteen minutes), so there is not so much wrong with ‘The Zeramin Game’. People that like this kind of bombastic and theatrical type of melodic and neo-classical metal should give this a listen, pretty sure they will dig it.