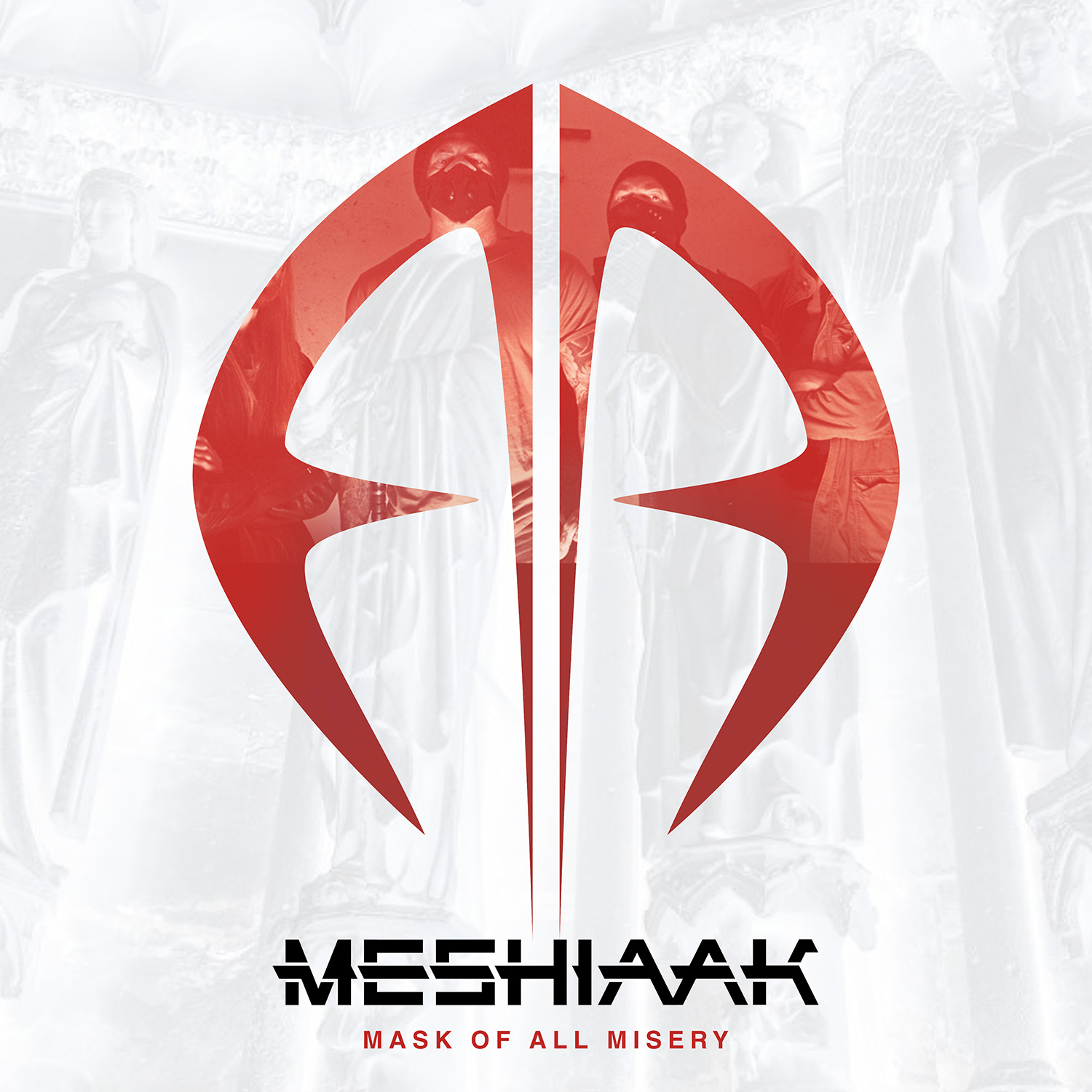 Orbiting as Australia’s metal super group consisting of former members of 4AM and Terramaze, Meshiaak’s 2016 debut offering `Alliance Of Thieves’ was one of the better debut albums hailing from down under. The album flourished with powerful groove and hammer hard metal on the verge of thrash. Today they report to the frontline with `Mask Of All Misery’.

Much like their debut the new release `Mask Of All Misery’ swings the axe high and sees the band flourish with their typical groove and power riffs pulling forward. All typical ingredients are there, but Meshiaak instantaneously reveals new dimension slowly crystalizing their loud overall sound. The long and ominous intro ,,Miasma” is packing power and slowly evolves with an eerie sense of drama, unoften heard in this branch of metal. When the title track kicks in we are smashed into our chairs. Hitting with intensity of the debut, the song strays slightly with a new side revealed. As double bass kicks with ravishing pace the melody is insane and nests on the spot. It is this melody which is the new dominant factor of the band and it does gel perfectly with their ominous groove, frequently enhanced by a dense carpentry of keys empowering the roaring riffs. The brooding atmosphere has become trademark and is the thread on `Mask Of All Misery’, proven with the powerful slow paced ,,Bury The Bodies” When the pace flies up the band exceeds with blistering action. Drums are laid down with progressive interactive elements and the guitar wall is tremendous. The anger and frustration bursts out of Meshiaak, with the melodic dimension enhancing appeal. ,,City Of Ghosts” is astonishing in diversity and contrast catching the tail of the debut’s most astonishing composition ,,At The Edge Of The World”. It is the blend of that fine tune apparently defining the course and direction of the new album predominantly, a wise choice if you ask me. Not only does the new album grip to that centrepiece in terms of appeal and persistence, it also adds a dimension to their music making it more subtle and attractive to the masses. Don’t get me wrong; the band does not step away from their power laden debuting days, merely adds a new dimension and perspective to their music. Shooting into gear ,,Face Of Stone” makes clear the band have found the exact centre spiralling their captivating potion around. Large chops of intense shreds and insane well-crafted melodies make it one of their finest moments, and where most albums slowly degrade halfway in nowadays, Meshiaak found the way up maintaining to radiate. I hear Biohazard’s finest low tuned grooves and Megadeth’s impeccable riff drives perfectly fermented into the Meshiaak potion. Going all in on ,,In The Final Hour” the band switches registers fusing hammer hard stop moments with progressive timing. Scattering vocals add frustration to the tune and the songs chorus sees a glorious pompous melody contrasting with the pace change and guitar swizzle stirring up the end of the song. With its melody as focal point, the swirling emotions unload over riff and solo interaction balanced by dominant drum dynamics. Cohesively ,,Adrena” links with these dynamics and the fury is upon us. Anger laden vocals add to the chemistry of the track, making it one of the hard hitters. ,,Godless” is another pitch perfect example of the band’s sincerity and drive with its chugging riff, easily matching the most powerful moments of their debut. And it is all about contrast on this album, bearing quite some surprises. Intense and unexpected is the band’s semi-ballad ,,Doves” showcasing their skills creating magic. It will attract attention from all fields being delivered with drama over power.

Those expecting Meshiaak in an easy repetitive motion after their acclaimed debut are likely ready for a cold shower with `Mask Of All Misery’, but those interested to see the evolution will be amazed by the band’s insane capabilities of maintaining the thrash/power metal persistence and fuse it with engaging melodies and captivating urge. `Mask Of All Misery’ is definitely proven to be worth the wait and is likely to be the best thrash/power outing of this year.