METAL CHURCH-Damned If I Do 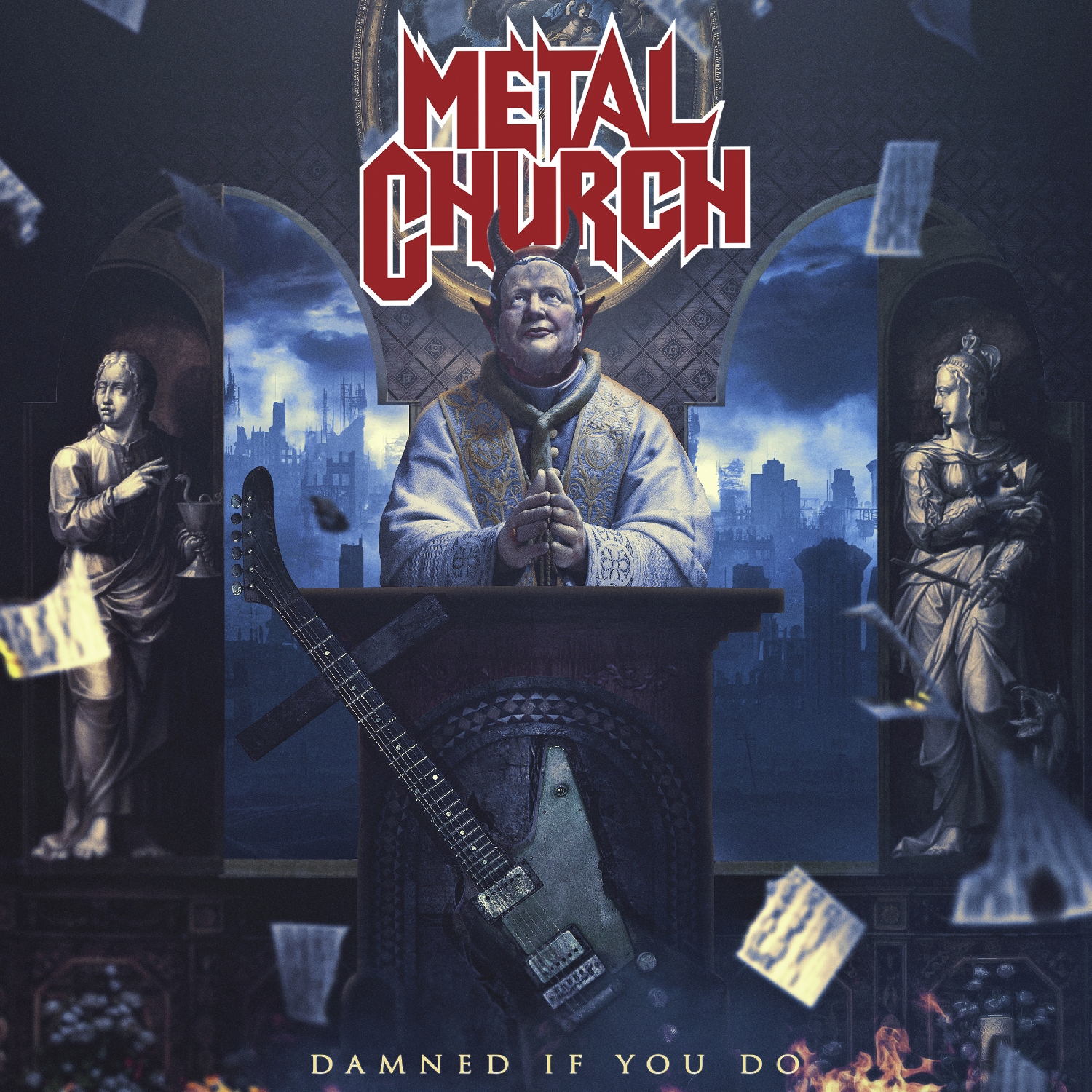 METAL CHURCH-Damned If I Do

In the days metal gave birth to Metallica and sprouted a new generation of US Metal bands as an answer to Europe’s NWOBHM, Metal Church rose in the Seattle area to set the scene ablaze. Often reckoned as one of the scenes most underground bands, appealing to European stages rather than US clubs and venues, the band maintained their stubbornness throughout their career. Falling in between heavy metal’s typical spectre and the much harsher Bay Area thrash scene, Metal Church touched the best of both worlds, yet remained obscure.

`Damned If I Do’ will not stray from their classic albums by miles and opens ferociously with the hum packed title track. The song immediately warps back to their `Blessing In Disguise’ days with Howe at the helm. Driven ponderous eponymous heavy metal with thrash intensions and a profound melodic metal signature. Mike Howe replaced David Wayne [R.I.P] twice and on both occasions he managed to overpower his predecessor. Though I’m aware there’s a lot of Wayne following out there, I personally believe Howe appeals a broader audience even though the band always remained underground. Howe simply packs better power dosed for Metal Church’s trademark crunch, if you ask me. Whether you spin the driven ,,The Black Things”, ,,Revolution Underway”, the double kicked pit creator ,,Guillotine” or the somewhat progressive tinged opening ,,Rot Away”, Howe remains a force driving along powerfully along Vanderhoof’s impelling the typical Metal Church tracks present all over this album. Forceful and driven the band thunders onwards without lacking drive and energy. It is all 80s and is presented with impressive force and passion. Great choruses, fierce riffs, thundering drums and roaring vocals, over sticky melodies wrapped in knuckle busting metallic foil. It’s heavy, it’s compelling, and it is far beyond driven. The modern and rock solid production keeps the band upright and inflicts the exact amount of appeal needed to attract new listeners. 10 tracks of sheer melodic thrash mayhem are fired upon the eardrums with precision. And the best thing about this; unlike a lot of the band’s classic albums, this record maintains the high standards. One of the things I always encountered listening Metal Church albums is the presence of sheer classics among weaker tracks lacking the needed inspiration or pitch. Mainly towards the end of every album I get confronted with such songs, and on this new album it also occurs, although less dominant. ,,The Black Things” started to move into that direction just prior before making a mark towards the end of the song, luckily. Still have a little problem with lesser tunes such as ,,Monkey Finger” and ,,Out Of Balance”. They are less high calibre, perhaps a bit too much forced into the melodic direction. Little less profound but they managed to steer clear of true flaws. `Damned If I Do’ needs more time to win you over, but it’s compelling and well balanced power is top shelf throughout the entire album. Just check the benchmark MC track ,,Into The Fold” and the neck wrecking and frantic ,,The War Electric”. The latter also took a little time to win me over as it tings with Overkill frantic vocals, but Howe brings in just the right amount of anger.

I’m not going to be dissecting the entire album, as it is benchmark material. It grips back to the heydays of metal and comes across with epic intension, as homage to the scene itself. `Damned if I Do’ packs tremendous power and drive and I admire the band’s persistence and their uniqueness. I believe they aren’t aware they delivered their best album to date.