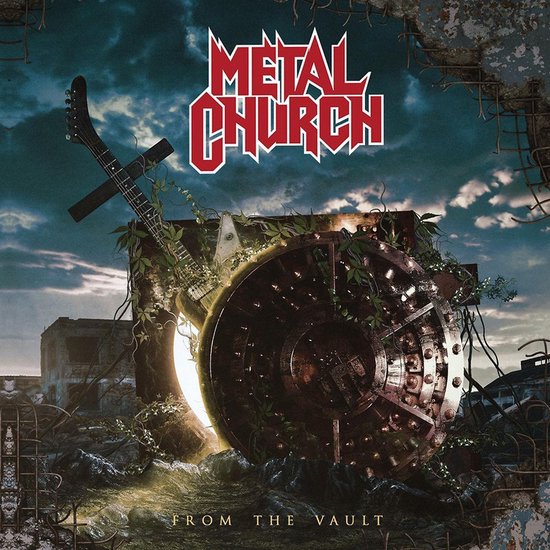 If you are a fan of Metal Church I suppose that this is a release you will and should cherish. Clocking in at a cool total of 73 minutes and some seconds this record gives you value for money with some brand new songs, some left over tracks of the ‘Damned If I Do’ sessions, three covers and a few in Japan recorded live-tracks. Since the return of singer Mike Howe in 2015 Metal Church are going steady forward again and still have a lot of gas in the tank. The four new tracks ,,Dead On The Vine’’, ,,For No Reason’’, ,,Conductor’’ and ,,Above The Madness’’ are all killer tracks, with fast pace drums and bass, razor sharp riffs and extended guitar solos by the dynamic duo Kurdt Vanderhoof and Rick Van Zandt plus Mike Howe putting his stamp on things with that power voice. Vintage Metal Church and a positive sign that this band is far from done yet. ,,Mind Thief’’, ,,Tell Lie Vision’’, ,,False Flag’’, ,,Insta Mental’’ and ,,432HZ’’ are songs that were recorded during the ‘Damned If I Do’ sessions. ,,Insta Mental’’ is a cool instrumental as is the acoustic based ,,432HZ’’, but that track is actually very melodic and rather quiet for a band like Metal Church. The other three songs are okay but at stages you can hear why they did not make the cut. Still, for a dedicated fan nice to have and the songs are above average. The three covers choices are rather surprising. Nazareth’s ,,Please Don’t Judas Me’’ and Sugarloaf’s ,,Green Eyed Lady’’ (a song from 1970) are choices that you don’t expect from this band, especially ,,Green Eyed Lady’’ is quite psychedelic at times. Kurdt Vanderhoof’s retro band Presto Ballet might have been more suited to tackle this oldie but fact is that Metal Church does not do a bad job on both occasions although ,,Please Don’t Judas Me’’ drags on a bit after a while. ,,Black Betty’’ (original by Leadbetter but made famous by Ram Jam in 1977) fits better within the Metal Church style but personally I find that Howe’s voice does not suit the song for a hundred percent. Rough rocker ,,Absent Green’’ and the extended and melancholic ,,Anthem To The Estranged’’ are featured in captivating live-versions. ‘From The Vault’ is a record that really adds value to the Metal Church discography and showcases the talent and capacities of a band that never ever gave in to any kind of trend or sold their musical soul to become more successful.