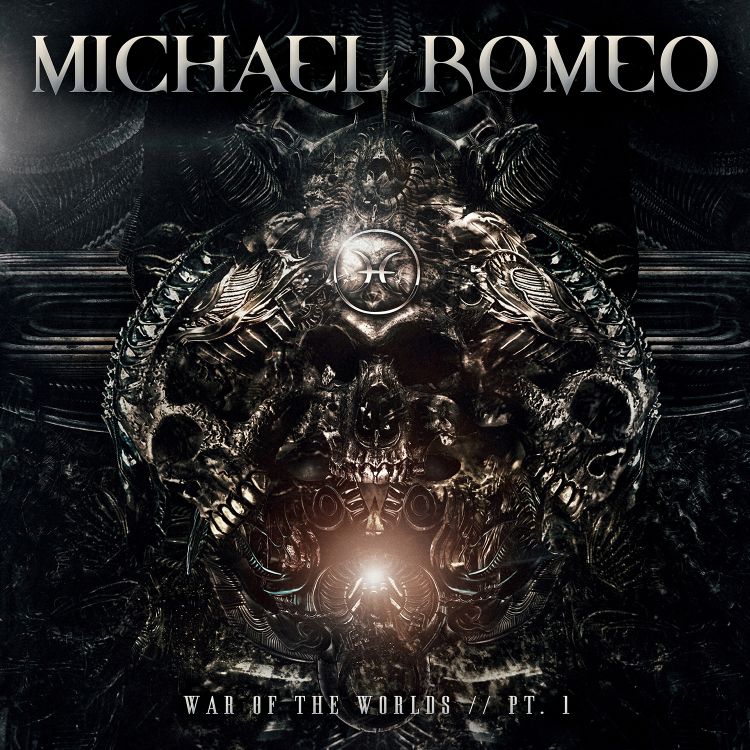 Symphony X guitarist Michael Romeo has been working in his home studio for the past two years on his first official CD under his own name. In the past there has been some stuff floating around but officially this is the first one and according to the guitarist the sequel is already written. Do not expect material that is a carbon copy of what we are used to hearing from Symphony X although some Symphony X flavours cannot be denied. Together with singer Rick Castellano (a man with a big reach and a somewhat high pitched voice, reminds me a bit of James LaBrie) and the rhythm section of JD DeServio (bass) and John Macaluso (drums) it turns out that ‘War Of The Worlds/Pt. 1’ is a pretty intense affair all together. Not that the songs are too complicated but the intensity of and the variety in the material is absolutely there. I mean an orchestral sounding ballad like ,,Believe’’ is a completely different cup of tea than the more ’mechanic’ sounding track ,,F*cking Robots’’. Hard to believe sometimes that you are listening to the same outfit as there is so much variety present. ,,Djinn’’ (a pure metal song with a weird twist in the middle and blistering guitar work) and ,,Constellations’’ are yet again completely contrasting each other and the rest of the material. Still ‘War Of The Worlds/Pt. 1’ is as intriguing as can be. Romeo has mixed several styles like metal, rock, some symphonic rock, even a sniff of AOR and progressive elements in his musical blender delivering a high tech rock record recorded with excellent musicians and loaded with finger licking good guitar work from the master himself. Surely a CD that will take some time to discover all the hidden treasures but I am pretty sure that you will agree with me that this adventurous musical trip will turn out to be one of the highlights of the musical year 2018.