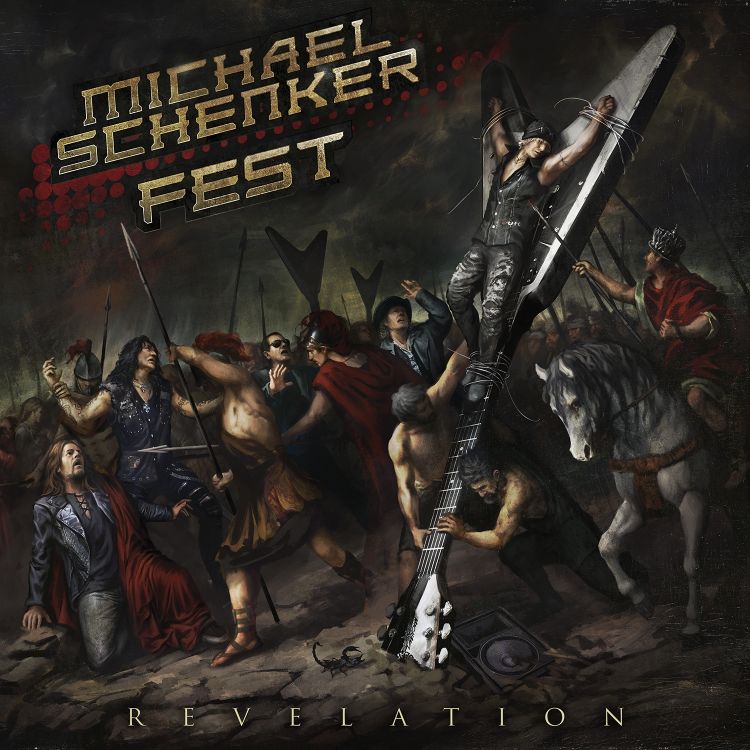 The idea of getting four singers together in his new line-up has worked out well for Michael Schenker. The experiment worked out on stage, it worked out in the studio with the 2018 album ‘Resurrection’, so it made sense to make plans to create a new studio record. Yet one month before the start of the recordings drummer Ted McKenna died suddenly while undergoing a routine operation. The loss of their drummer was a big blow for Michael Schenker Fest but with the help of master drummer Simon Phillips (he played on the legendary 1980 MSG album) and Bodo Schopf (he played with the McAuley Schenker Group in the late eighties) the group managed to complete the recordings before embarking on a tour throughout North America with Schopf as permanent replacement for McKenna. Michael Schenker had some other plans with and for this album but because of the passing of McKenna some things had to be re-arranged and changed. It was the intention to have more guests on the album but with a deadline lurking at the horizon only current Rainbow singer Ronnie Romero (a suggestion from co-producer Michael Voss) has been included on this CD on the song ,,We Are The Voice’’ (fast and up-tempo!). It was also the intention to have the four singers line-up together for several songs and that is something that has been achieved. The interaction between Doogie White, Gary Barden, Robin McAuley and Graham Bonnet is a lot more intense on this although all singers have their own ‘solo’ appearances as well on the record. As first single ,,Rock Steady’’ was elected and when I saw the video clip on YouTube I was utterly disappointed. A very mediocre cliché rock song with a boring chorus while the clip itself was ‘childish’. That song opens ‘Revelation’ and it is not a brilliant start I must admit. Luckily Michael Schenker Fest manages to improve quite a lot after that false start with potent rockers like ,,We Are The Voice’’, ,,Crazy Daze’’, ,,The Beast In The Shadow’’ (Bonnet rocking out here!) and ,,Silent Again’’. All tracks have the Michael Schenker guitar signature but what I do miss are a few really top notch songs like for instance ,,Take Me To The Church’’ was on ‘Resurrection’. I suppose the real surprise that this group offered in the beginning on stage and on ‘Resurrection’ has somewhat faded out. I can’t say that these recordings are beating ‘Resurrection’, the level is about the same and steady as can be with Der Michael delivering his trademark high class guitar exploits. But if you ask me if Michael Schenker Fest has managed to improve in comparison with ‘Resurrection… well, the jury is still deliberating on that one.