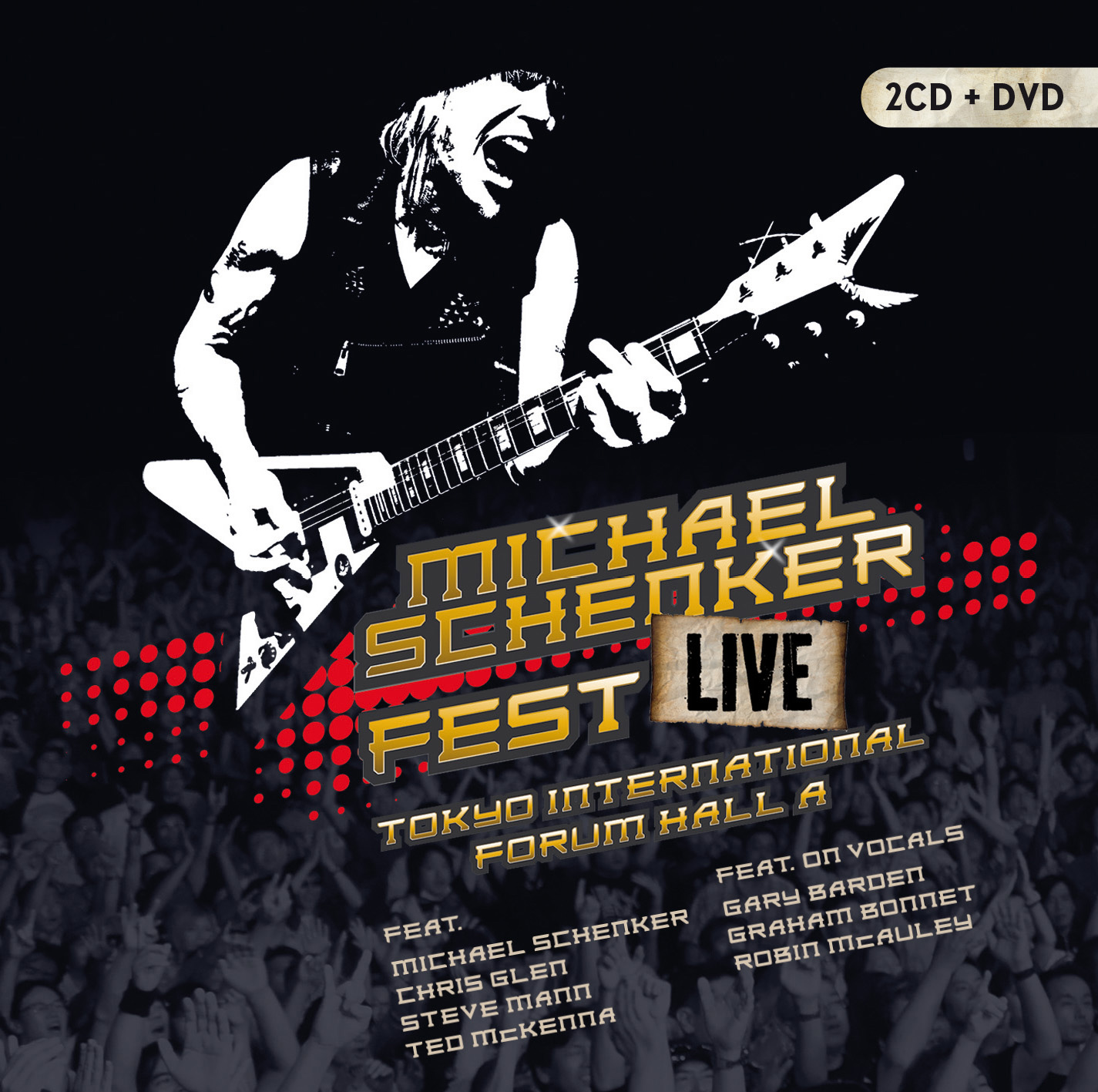 Because he is one of my old time heroes I keep following Michael Schenker and buying his releases. The last couple of years he seemed to be on the right track again with singer Doogie White, Herman Rarebell (drums), Francis Buchholz (bass) and Wayne Findlay (guitar/keyboards) in his outfit Michael Schenker’s Temple Of Rock, delivering some decent albums and DVD’s under the guidance of Inakustik house producer Michael Voss. To mix things up a bit and to make some hard cash once more the guitarist teamed up with old bandmates Chris Glen (bass), Ted McKenna (drums), Steve Mann (guitar/keyboards) plus the former MSG singers Gary Barden, Graham Bonnet and Robin McAuley for a Japanese tour last year (there are also some European dates booked later this year). This 2 CD (also on DVD) is nothing more than a trip down memory lane in the country where Schenker’s popularity is still big and undisputed. Without a shadow of a doubt Der Michael is still a great guitarist and composer. But is this a release a must for a loyal fan? I am not so sure. Musically Schenker, Mann, McKenna and Glen bring home the bacon but a guy like Gary Barden just doesn’t cut it anymore. He just can’t reach the higher regions, sings out of tune and has this annoying habit of disrupting the solos with his cries and whispers. Some years ago Barden and Schenker teamed up for a couple of CD’s (including an acoustic project) and that was just disappointing. It is just not nice to hear him ‘not perform’ on such great classics as ,,Victim Of Illusion’’, ,,Attack Of The Mad Axeman’’, ,,Armed And Ready’’, ,,Let Sleeping Dogs Lie’’ and ,,Cry For The Nations’’. Graham Bonnet does a better job with the tracks ,,Desert Song’’, ,,Dancer’’ and ,,Assault Attack’’, while Robin McAuley more or less is the guy who saves the recordings with his strong versions of ,,Save Yourself’’, ,,Love Is Not A Game’’ and ,,This Is My Heart’’. It will be no surprise that Michael’s old bands Scorpions and UFO are also featured as the bands performs ,,Coast To Coast’’, ,,Shoot Shoot’’, ,,Rock Bottom’’ and ,,Doctor Doctor’’ (where all three singers join forces and make a bit of a mess of the track). Also instrumentals that have been so characteristic for Michael’s career are not forgotten (,,Into The Arena’’, ,,Coast To Coast’’ and ,,Captain Nemo’’). To be fair, I expected a bit more quality and I hope that after this ‘money grabbing’ adventure is over that Michael Schenker decides to reunite with his Temple Of Rock musicians. We shall wait and see what happens.