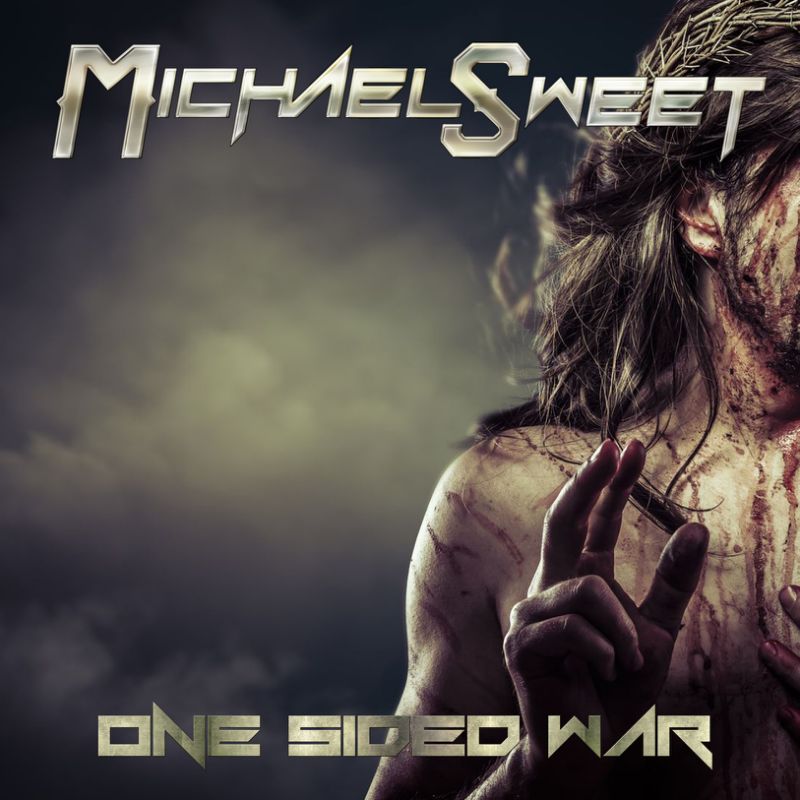 Michael Sweet is a guy that can be described as a workaholic. Less than a year ago he starred on the Stryper album ‘Fallen’ and now he has released his seventh solo-CD ‘One Sided War’. It was his original plan to play all the guitar parts himself, but plans change. Enter current Whitesnake guitarist Joel Hoekstra whom Michael befriended during his time with Boston while Joel was part of Night Ranger and they shared a couple of stages together. The guys kept in touch with each other planning to work together someday. Enter guitar shredder Ethan Brosh, once like so many others a discovery from guitar guru Mike Varney. Enter Evanescence drummer Will Hunt and bass player John O’Boyle and there you have it. An all-star line-up that performs. If you like your music hard, loud, melodic, fast and furious with heaps of virtuoso guitars and the typical voice of Michael Sweet…well I can only say that ‘One Sided War’ is the right CD for you. This is by far the heaviest stuff Michael has ever released. Of course there are lots of melodic influences present and also a ballad (,,Who Am I?”), but the bulk of the material just rocks your socks off. I can go on and on about it and of course there are comparisons with Stryper, but the bottom line is that ‘One Sided War’ is a more than solid melodic heavy metal record that is just up my alley. And I am convinced you’ll like it as well.