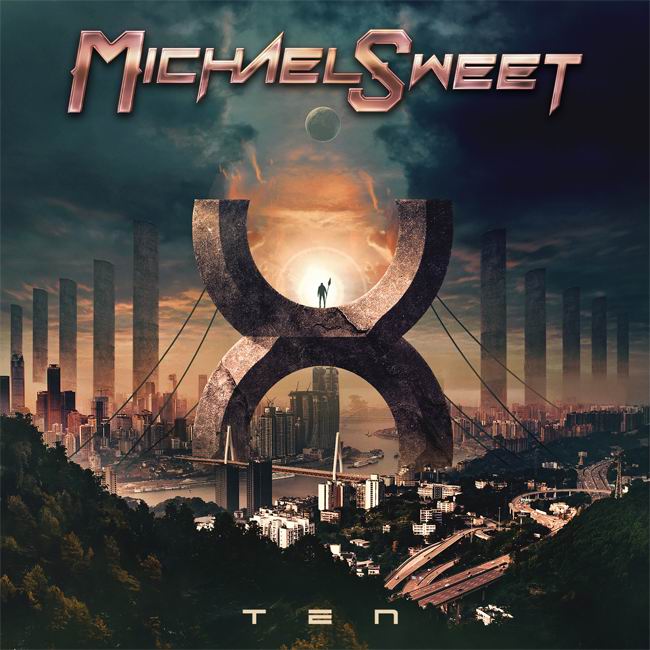 Stryper was my guilty pleasure in the beginning of the eighties and the albums ‘The Yellow And Black Attack’ (1984) and ‘To Hell With The Devil’ (1986) are still part of my record collection. Now 33 years after those notorious white metal albums, Stryper singer Michael Sweet releases his tenth solo studio album; originally called ‘Ten’. Sweet’s very recognisable voice is still in excellent shape and if you liked Stryper than this album will also be a nice addition to your record collection. ‘Ten’ features ten songs and on every song you can hear a different guitar player, which gives a different vibe/sound to each song on the album. Opening track ,,Better Part Of Me”, features guitarist Jeff Loomis of Arch Enemy and this excellent song kicks off with a high scream from Sweet, making me think of Stryper instantly. The guitar solos really stand out on this album and Gus G. (Firewind), Rich Ward (Fozzy), Traci Guns (L.A. Guns) and Joel Hoekstra (Whitesnake) deliver some sparkling guitar work. Other guest musicians on this album are Todd La Torre (Queensrÿche), Will Hunt (Evanescence) and Marzi Montazeri (Exhorder) and together with the more than outstanding vocals of Sweet these guys make up for a great hard rock album. For me the best tracks are: ,,Shine”, ,,Forget, Forgive” and ,,Now Or Never”. Michael’s own comment about this album is: “There are old-school, straight-ahead metal ideas a la Judas Priest and Dio, as well as a few up tempo riffs a la Iron Maiden. There’s also a few ballads with a bit of a Led Zeppelin vibe.”
So, you know what to expect, give it a try, especially if you liked Stryper …..