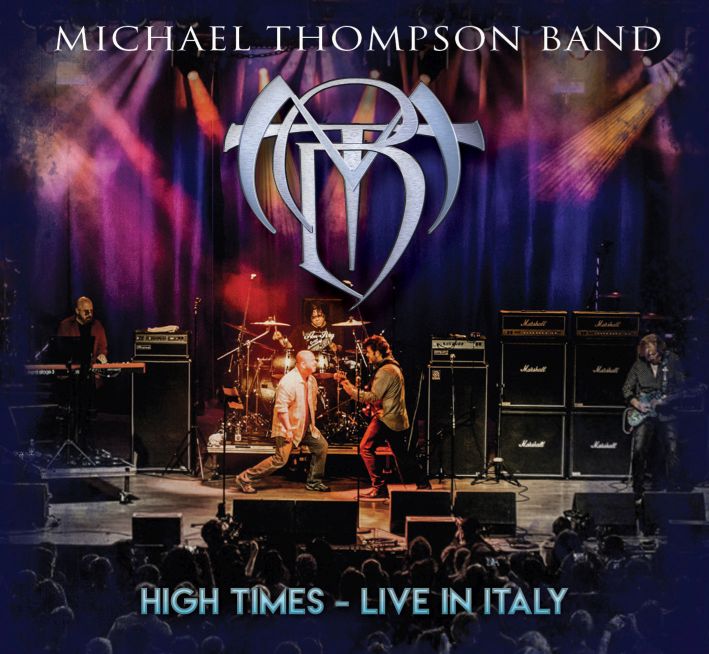 January 16, 2020 by Michel van de Moosdijk - More about our team
Just before the release of his latest studio-album ‘Love & Beyond’ guitarist Michael Thompson and his band existing of Larry King (vocals and also the man behind the superb band Soleil Moon), singer/bass player Larry Antonino, keyboardist Guy Allison (who played the Frontiers festival the year before with his own band Unruly Child) plus drummer Sergio Gonzalez performed on the yearly Frontiers festival. It was the first gig for the Michael Thompson Band in Europe ever and as his new album was not out yet he decided on a set list consisting of songs from earlier albums plus an introduction on his new album (the title track, ,,Save Yourself’’ and ,,Starting Over’’). Although I have not seen the images yet the music itself leaves nothing to be desired. To my enormous joy my absolute favourite of the first CD ‘How Long’, the track ,,Give Love A Chance’’ is featured in the set and the execution is just fabulous. Great vocals and the solo of Thompson is beyond belief! ,,Wasteland’’ is another jewel of that ‘How Long’ album. Also songs from the album ‘Future Past’ are featured, so as a whole the compiled set list is a perfect illustration and demonstration of what the Michael Thompson Band stands for: high class melodic rock, AOR and West Coast rock sung by mainly Larry King although Antonino contributes a lot as well (,,Save Yourself’’ showcases the vocal talent of this man to the max). Especially the back ground vocal parts of this outfit are exquisite. Presentation wise Larry King manages to get the audience involved. It is clear though that part of the audience is not really familiar with the song material being showcased but that doesn’t stop this outfit in delivering an immaculate and high class performance. Not so strange of course when you consider that all musical talent on stage are seasoned players and performers. After an extended version of ,,Wasteland’’ the band conclude their appearance with the Boston classic ,,More Than A Feeling’’ in which the individual musicians are introduced as well. Two magnificent Michael Thompson Band releases within one year, life can be sweet!