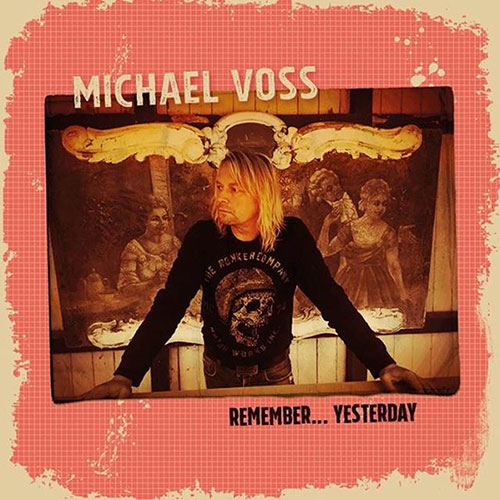 It would be strange to publish an interview with an artist and not bother with the album he just released. Michael Voss needs no further introduction, he has been around for years as a musician, producer and song writer. On this very limited CD he has revisited his youth and recorded some songs that he liked and that might have inspired him to pursue a career as a professional musician. Voss has always played rock, hard rock, AOR, melodic rock but here he has recorded twelve pop songs of which some are familiar and some not. Ten CC’s ,,I’m Not In Love’’ was a big hit, as was ,,I’m A Believer’’ from The Monkees back in the day but most of the songs were no big hits as I can recall. The way Voss has interpreted songs by for instance The Beach Boys, Gerry Rafferty, Terry Jacks, Steve Winwood, David Cassidy, Agnetha Fältskog (the blonde goddess from ABBA), John Miles, P.J. Proby, Paul Nicholas and Smokey is without a doubt done with love and respect. The singer/guitarist has recorded and played all instruments himself, making this a real solo effort. But it is extremely soft music, only intended for the happy few as I believe only 300 copies will be available. Voss has made a choice for the songs purely following his own feeling and not electing the obvious songs. I mean the Canadian singer/producer Terry Jacks had a monster hit with ,,Seasons In The Sun’’ in 1974, yet Michael Voss chose to cover something completely different. It just shows that this record is a labour of love and not made for financial gain.