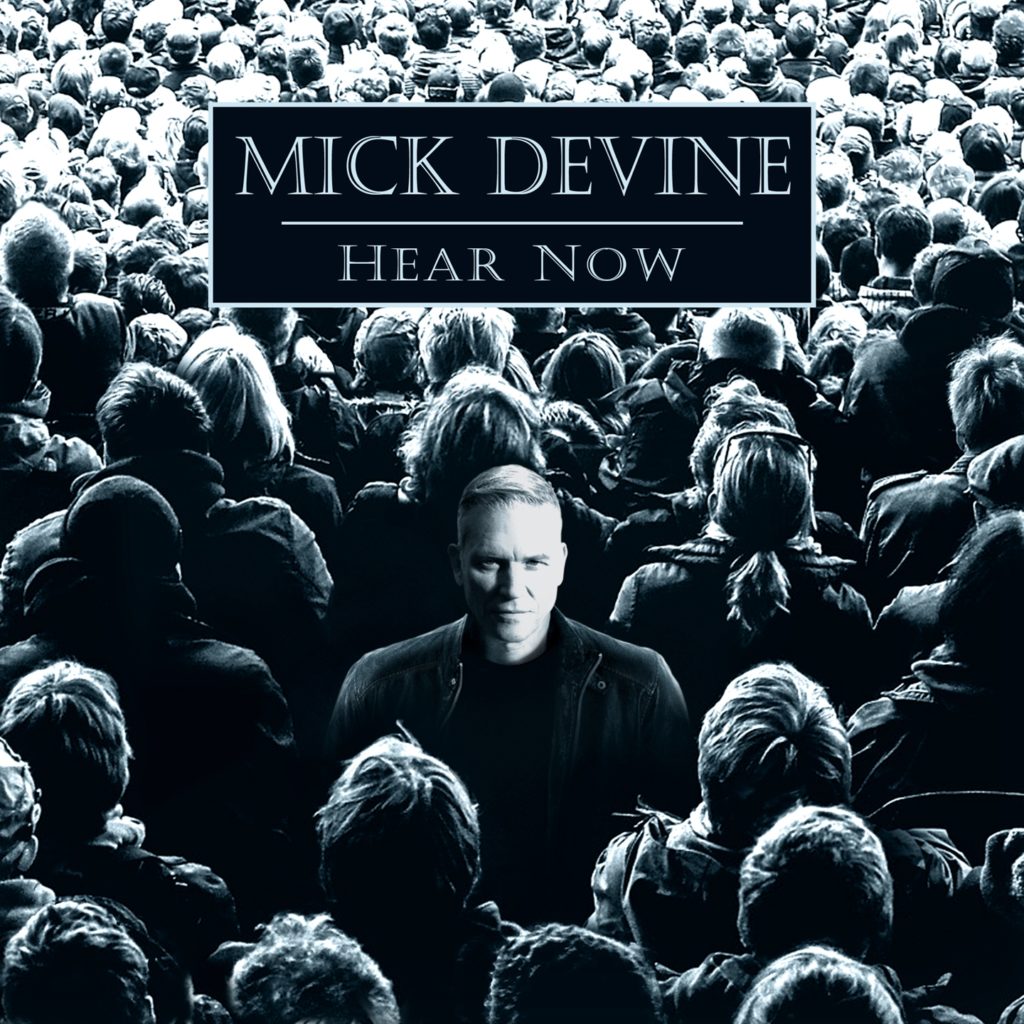 November 7, 2019 by Michel van de Moosdijk - More about our team

With the aid of Swedish guitarist/producer Lars Chriss, singer Mick Devine already released two excellent melodic rock records under the banner Seven . For his first genuine solo-album Devine opted to work together with experienced people like Brian J Anthony (production/drums/bass) and talented guitarist/keyboardist Steve Morris (Heartland and more recent Lonerider). Mick and Steve had no real time frame in mind when they started writing the songs which gave them the chance to challenge themselves to write the best tracks possible. If you are familiar with the two Seven albums you will discover that ‘Hear Now’ is a slightly different cup of tea. On this album Mick Devine has chosen to show a different side of himself. This album is more versatile song wise and style wise. ‘Hear Now’ is more pure AOR with a few songs that have a slight country flavour and in a certain way some tracks are radio friendly as well. Not that commercial radio stations would recognise the quality of ‘Hear Now’ anyway, let alone play a song of the album, but still. ‘Hear Now’ is in more ways than one a tasty and classy affair. Devine is a superb singer with a very pleasant and accessible voice. Together with Brian J Anthony and Steve Morris Mick Devine formed a strong musical alliance that has resulted in a record that sounds good every minute of the day. It is light hearted, yet not too soft as songs like ,,Strange Voices’’ and ,,Game Over’’ are basically the only tracks that could have fitted on any of the two Seven albums, the other tracks are a bit more laid back, very melodic and in some cases slightly country flavoured (,,Another Way’’ and ,,Hope Rising’’) and in other cases very AOR-minded (,,Standing In The Middle’’ and ,,So Much Better Now’’). Personally I would not have minded if ‘Hear Now’ would have featured one or two tunes in the vein of ,,Strange Voices’’ and ,,Game Over’’, but looking at the big picture this is an album that has got all the necessary ingredients: top notch singing, excellent songs, a good and crystal clear sound and musicianship galore!